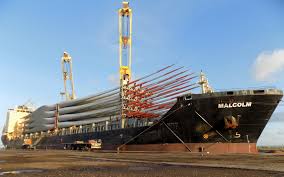 The vessel – M V SSL Brahmaputra, with a length overall of 260.05 metre with service rotation on the Tuticorin – Kandla (Gujarat) – Pipavav (Gujarat) – Cochin – Tuticorin was berthed here on January 8. The 4413 TEUs of containers were handled at a gross crane moves per hour per crane of 25 moves.

On completion, the vessel sailed from the port on Sunday. According to a press statement from the port on Tuesday, this had bettered the previous record of 3,979 TEUs of containers handled from a single vessel on February 10, 2018.

Port officials said this achievement was made in the context of a market that was significantly impacted by the Covid-19 pandemic, with container volumes through the Tuticorin port decreasing almost 11% during the end of the third quarter of this financial year. This comes at a time when the industry is sceptical on the global merchandise trade due to the pandemic.

Chairman of the port trust T K Ramachandran stated that the volumes handled at the port are slowly recovering and have started to show positive signs from October. Moreover, the shortage of empty containers also has started to ease out and the influx of exports and imports through VOC Port is expected to surge in the coming months.