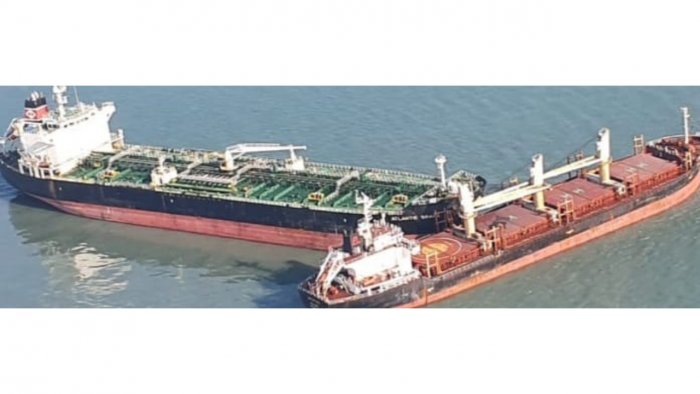 AHMEDABAD : A major collision between two cargo ships in Gujarat’s Gulf of Kutch on Friday night led to an oil slick in the Arabian sea, from a reliable source.

No fatalities have been reported in the mishap between bulk carriers MVs Aviator and Atlantic Grace off the coast of Gujarat.

The Gulf of Kutch is one of the major routes for India’s oil trade, making it an considerably busy sea route that has suffered oil spills in the past.