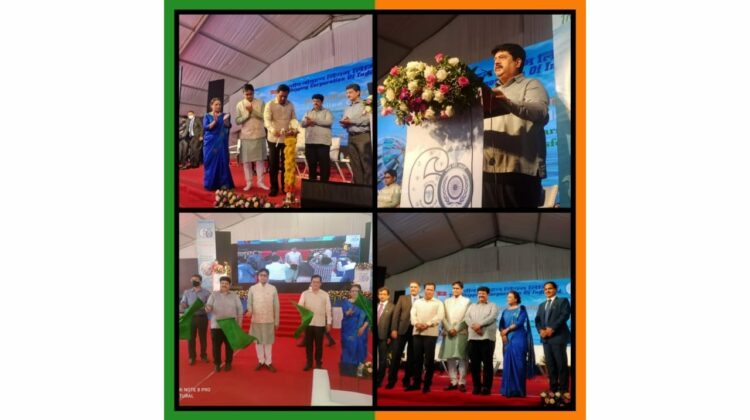 The Government is working to make India a global shipping hub. Accordingly, the Prime Minister’s target of 400 billion in exports by 2022 will be met, said Sarbananda Sonowal. He said that all the ministries and exporters are working together for this.

The service should be performed in accordance with the ideals laid down by the Prime Minister. Sarbananda Sonowal lauded the work done by the Shipping Corporation over the last six decades. There is a great opportunity to work for the development of the maritime sector in the coming period, he said.

Through SCI, India is playing an important role in the global economy. The Shipping Corporation of India will get full support from the government, said Shantun Thakur.

The Shipping Corporation of India, on the occasion of International Women’s Day, operated the MT Swarna-Krishna with a fully female crew. The team was felicitated by Union Minister Sarbananda Sonowal.