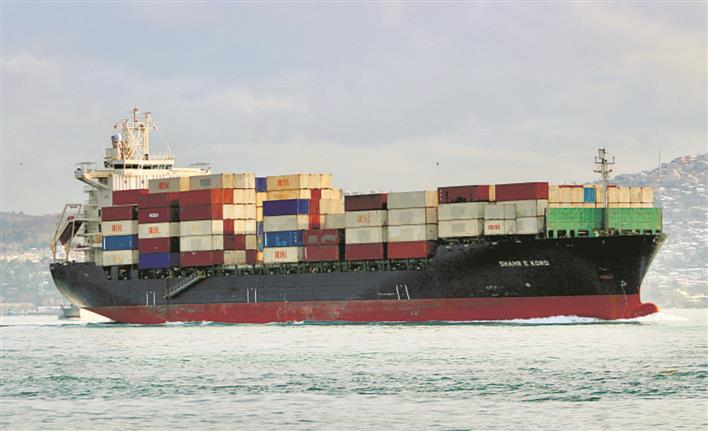 The fifth biennial meeting of the Global Regulatory Summit, hosted by the European Commission, also included the U.S. Federal Maritime Commission and China’s Ministry of Transportation.

According to the FMC, the meeting focused on three areas:

Sectoral developments since the start of the COVID pandemic, including an analysis of supply and demand and identification of bottlenecks in the ocean-linked supply chain, as well as the causes of service disruptions.

Actions undertaken by relevant jurisdictions and authorities in response and their results.

The way forward and possible actions to increase resilience and smooth operations in the sector.

The summit “provided key competition authorities responsible for the oversight of the container shipping industry the opportunity to share information about what their respective monitoring and enforcement regimes are observing in the marketplace and compare conclusions about carrier behavior,” said FMC Chairman Daniel Maffei.

“The performance of ocean carriers in meeting historic demand for their services and the unusually high costs to move ocean containers are of interest and concern to regulators, legislators and the public globally.”

The three-agency regulatory summit comes as U.S. importers and exporters expect an uptick in shortages of containers and increasing congestion at major container ports with the peak shipping season fully underway.

“The expected spike in imports generated by the peak season and pre-shipped cargo is already here, making the operation more complex,” said Hapag-Lloyd on Aug. 30, referring to congestion in Los Angeles and Long Beach, noting that it does not expect anchorage areas for vessels waiting outside the ports to clear in 2021.

Unprecedented transportation costs and demand for ocean carrier services have led to pressure from lawmakers to rein in carrier market power by reforming shipping regulations. It has also resulted in a high-profile lawsuit filed at the FMC by a Pennsylvania-based shipper alleging two major container lines — Switzerland’s Mediterranean Shipping Co. and China’s COSCO — have been profiting off the company by denying space on their vessels. The carriers have vehemently denied the allegations.

While shipper complaints over the past year have focused mainly on agricultural exports and retail imports, FMC Commissioner Carl Bentzel said recent concerns have focused on imports of commodities such as caustic soda, activated carbon, and ion exchange resins used for industrial cleaning and water purification.

“The inability to import these commodities could in turn harm U.S. manufacturers, and potentially jeopardize U.S. programs related to water purification and other strategic U.S. services and commodities that rely on the movement of international cargoes of hazardous materials,” Bentzel said in a statement last week.

“Current surges of import cargoes have continued to stretch the abilities of the ocean liner industry. While I understand the fundamental challenges of addressing supply and demand in the congested intermodal transportation environment, shrinking shipping capacity could limit certain cargo movements. This means that market decisions by ocean carriers will determine who, and to what extent, shippers will receive service.”