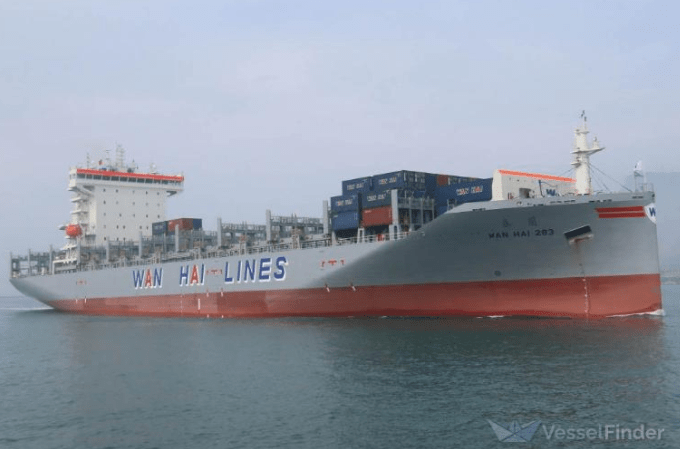 Announcing Wan Hai’s financial results for the nine months to September, General Manager Tommy Hsieh said that, with the end of the year being the peak season for intra-Asia shipments, earnings could be maximised by moving capacity to this segment from the US west coast.

He said ships were waiting 28 days to berth in Los Angeles and Long Beach – a situation unlikely to improve even by early next year.

He said: “The congestion is so serious that we’re no longer able to provide reliable shipping schedules, so we are gradually withdrawing some ships and putting these into our intra-Asia trades, to capture peak shipments to India and Vietnam.”

He added that even when ships did berth in the US, slow port operations meant it took days to move containers and get them to consignees.

Primarily an intra-Asia carrier, Wan Hai introduced standalone transpacific services to the US west coast in August 2020, encouraged by firming rates in the long-haul trades. In contrast, the company this month upped capacity on its US east coast services, due to rising cargo volumes and reducing port congestion.

Mr Hsieh said: “India and Vietnam are gradually recovering from the Covid-19 onslaught and, recently, the cargo volumes from these countries have increased significantly. By redirecting our ships to areas with rapid increases in cargo volume, we can be more flexible with our sailing schedules.”