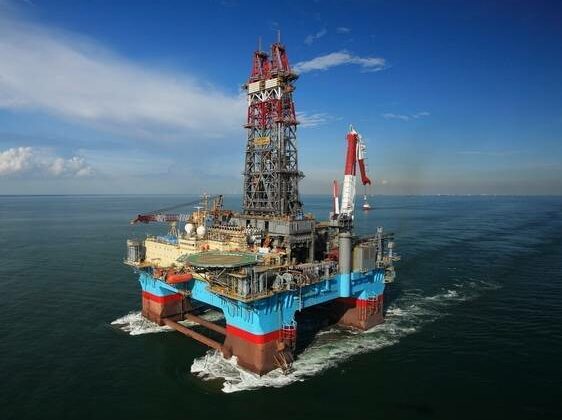 The announcement of the merger of Maersk Drilling and Noble Drilling came as no surprise to many of us that follow the industry. The combination, as well as the surviving company taking the Noble moniker, had been rumored for the past few months. From all indications, Maersk’s headquarters in Denmark will likely be wound down as the combined entity will be based at Noble’s corporate location in Houston.

In addition to Maersk’s 19-rig fleet, Noble will get one of the industry leaders in the chase for lowering rig carbon emissions. The Danish contractor, which has previously announced an ambitious climate target of a 50% carbon dioxide reduction in drilling operations by 2030, has installed equipment and taken other steps toward this goal on at least five of its rigs.

So, what will the combined fleet look like and how will it compare to its peers? Right off the bat, the 39 rigs (unless there is some divestment) will place the company as the third largest rig owner in the world, behind only China Oilfield Services Ltd (COSL) and Valaris and just ahead of Transocean. First, let’s break down the proposed combined fleet by rig type.

The 15 drillships will have just one unit over 10 years of age and an overall young average age of 8.1 years. Two of the 15 units are cold stacked, and those are the only ones not contracted or committed for future work.

Five of the 13 contracted rigs have contracts that end in the first half of next year, with only two having options that would keep them employed through 2022 or beyond. The current contracts of the fleet have an average dayrate of around $223,776, with just one unit having a rate below $200,000.

In looking at the top four drillship rig managers, the proposed Maersk/Noble would have the second-largest fleet, and the second-highest utilization.

The average dayrates for all four companies show Transocean with far and away the highest average, thanks to several contract rates still in effect from the 2011-2013 fixture period.

Table 1 below details how the drillship fleet of the proposed Maersk/Noble would compare to the top-ranked peer companies based on number of rigs. All data is sourced from RigLogix and is as of November 11.

All four rig owners in the above table are enjoying high utilization, with only two idle marketed units out of 59 rigs. Transocean has a substantially higher average dayrate than the other companies, with several $450,000 plus rates from long-term contracts signed way back in the 2011-2013 period. The company also has twice as many contract backlog days than any of the three competitors. Of interest in the potential Maersk/Noble will be whether adding the four Maersk drillships will prompt Noble to dispose of any of the former Pacific Drilling units that it had been contemplating retiring.

The Maersk/Noble semi-submersible (semi) fleet will consist of just five units, four from Maersk and one from Noble. One of the five is cold stacked, but the remaining four are all contracted. The Noble Clyde Boudreaux is scheduled to wrap up its existing contract this month, but we believe will have a follow-up deal in place shortly. The earliest available date for the remaining four Maersk units is July 2022. The average fleet age is older, at 17.7 years, although the 34-year old aforementioned Noble Clyde Boudreaux skews the number. The same rig also currently drags down the average day rate for this fleet. The known current rate for three of the four rigs is $212,662, including the Boudreaux current rate of $117,000.

Table 2 below details how the semi fleet of the proposed Maersk/Noble would compare to the top-ranked peer companies based on the number of rigs. All data is sourced from RigLogix and is as of November 11.

The Maersk/Noble combination would be amongst the lower-ranked companies with the semi fleet, although it would have the highest utilization in the peer group. The average fleet age is right in the middle, as is the company’s average current day rate. Admittedly, this segment of the rig fleet would attract the least amount of attention, even though there are two $200,000 plus dayrate contracts in Australia and Suriname (one other Suriname fixture is not known), and a contract that we believe will be signed shortly for the Noble Clyde Boudreaux in Southeast Asia is expected to come in at a substantially higher rate.

We should note that the average dayrates for Odfjell, Transocean, and Seadrill include rates for harsh-environment semis working offshore Norway, which are substantially higher than rates in the rest of the world. Lastly, only two rates were available for the COSL fleet average dayrate calculation, so that number could be significantly lower or higher.

Finally, the jackup fleet will contain 19 units; 11 from Maersk and eight from Noble. Utilization of the fleet at the time of this writing is 79%, with four idle units (no cold stacked). Three of the four have only become idle within the last month. One of the units, currently in the North Sea, is rumored to be a frontrunner for a contract in the Middle East. Two of the 15 contracted rigs will finish contracts this year, while five are booked into Q4 2022 or later. The average current dayrate for the harsh-environment units is $311,000, while the remainder of the fleet’s known current contracts averages around $96,000.The average fleet age is only 9.5 years, even though seven of the 19 are 12 years of age or older.

Table 3 below details how the jackup fleet of the proposed Maersk/Noble would compare to the top-ranked peer companies based on the number of rigs. All data is sourced from RigLogix and is as of November 11.

The number that stands out in the above table is the $187,514 average day rate for the Maersk/Noble fleet. It includes two harsh-environment rates of over $350,000, plus two other rigs working off Norway that have rates well over $200,000.

Outside of those four rates, the range of rates for that fleet is $78,000-123,500. Outside of the dayrates, the combined company will have the second youngest fleet among its peers and a near 80% utilization, with only four idle units.

Notable for the peer companies is the backlog days for COSL, which will likely more than double if all the rigs that work under evergreen contracts with CNOOC are renewed for 2022, which is expected but not yet confirmed. However, as it now stands, Shelf Drilling has nearly three times the backlog days as COSL, its nearest competitor, a great deal of it on the back of multiple 10-year contracts with Saudi Aramco.