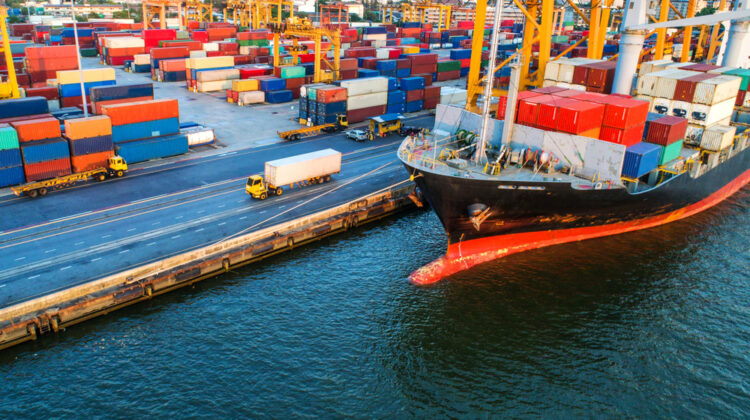 In May 2018, after decades of debate, India liberalised its restrictive cabotage law in a bid to transform the country into a major transshipment hub, thereby lessening its dependence on Colombo or Singapore.

However, the Sri Lankan government’s decision this year to scrap the East Container Terminal (ECT) deal that it had entered with India and Japan, and the subsequent entry of the Adani Group in the development of the West Container Terminal (WCT) of the Colombo Port, have proved to be a “setback” for India’s plans, official sources told.

On 15 March, the Adani Group announced that its subsidiary Adani Ports and Special Economic Zones Ltd will be developing the WCT.

The Narendra Modi government is now planning to restore the old law.

Sources said the Sri Lankan announcement effectively rendered the relaxation of cabotage rules “meaningless” because with the liberalisation, India had chalked up ambitious plans to set up container transshipment hubs within the country to send and receive foreign-flagged cargo containers, instead of routing them via Colombo port. Earlier, this was not allowed and only feeders services were used.

However, now with the entry of the Adani Group, the Colombo Port will get leverage even as India is yet to develop its ports and terminals, the sources added.

Here’s a look at India’s decades-old cabotage law as it existed, and why it was abolished.

The cabotage rules were laid out under the premise of the Merchant Shipping Act (MSA) of 1958.

Under the rules, it was mandatory to utilise feeder services offered by Indian shipping firms to transport cargo from transshipment hubs in Sri Lanka and then have them transported between different ports of India even as it restricted the entry of foreign-flagged container ships.

The rules also said foreign ships were allowed to operate within Indian terminals only when Indian ships remained unavailable, and after taking a licence from India’s maritime regulator. This resulted in massive delays and congestion at the ports.

The law was seen to be protectionist and aimed at shielding Indian shipping from foreign competition. This proved to be counterproductive for India as some countries began to relax the cabotage laws to promote free trade and became major transshipment hubs giving tough competition to India.

It was, thus, first relaxed in 2005 when the then UPA government sought to allow feeder services and transshipment to and from Mumbai Port and other large ports in the country.

In 2014, a high-level committee was set up under Rakesh Mohan, former deputy governor of the Reserve Bank of India, to analyse the matter further keeping in mind the inadequacy of India’s coastal fleet.

Finally, in May 2018, the Modi government did away with the cabotage restrictions, focussing on strengthening the Sagarmala project that aims to unlock full potential of the country’s coastline and waterways.

“The purpose of these relaxations is to arrest the increasing share of Indian container cargo transshipped at foreign ports,” said a government notification then.

“In 2016, as the government put its focus on the Sagarmala project and sought greater maritime connectivity, a realisation dawned that the cabotage law too needed to be liberalised,” maritime analyst Vijay Sakhuja told ThePrint.

“In May 2018, it was liberalised keeping in mind the fact that India needs to modernise its ports and ultimately move into the concept of ‘smart ports’. We need free movement of foreign vessels but that has not taken off as desired and we continue to rely on transshipment hubs like the Colombo or Singapore Port,” said Sakhuja.

While the move to ease restrictions didn’t find support from the Indian shipping industry, as they had to contend with foreign competition, the Modi government is now said to plan a reinstatement of the law as it existed earlier.

There are concerns that with the relaxation of the law that led to the entry of foreign carriers closer to India’s coastline, there can be strategic and security challenges.

“Cabotage laws were initially put in place to secure the coastline from foreign ships. The argument supporting these laws continues to be relevant. Allowing foreign ships, with foreign crews on them, to move close to the Indian coast is a security challenge for the agencies manning the coastline. India remains a major target of international terrorists,” Rajesh Soami, associate fellow, National Maritime Foundation, said in a report.

To defend against such threats, Soami added, over a hundred coastal police posts have been set up since the 2008 Mumbai attacks.

“The patrolling capacity of the agencies has also been increased, both through increased manpower as well as through acquisition of boats and planes/choppers. Nevertheless, subversion and infiltration from foreign ships close to the coast will now be a new threat.”

Moreover, lower pick-up in trade, rising call for coast vessels and disruption in supply chains due to Covid haven’t brought the desired results despite an easing in the law.

“We appear conservative in our approach in opening up the system but what we don’t realise is that the maritime world is highly globalised now. We need to invest in state-of-the-art ports and efficient shipping lines,” said Sakhuja.

“Cabotage law will always be there but the question is if this will make us competitive. In the coming decades, the Indian Ocean region will undergo phenomenal demographic changes and its littoral countries will drive demand. So we need to act fast,” he added.