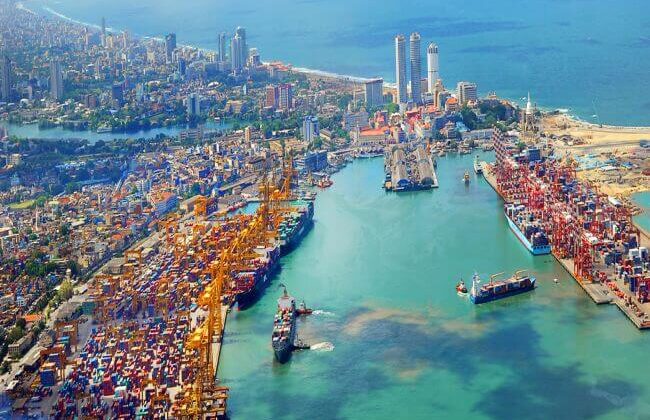 External Affairs Minister S. Jaishankar is on a three-day visit to Sri Lanka — his first overseas visit of the year — where he is expected to discuss the stalled East Container Terminal (ECT) development project at Colombo Port with the Mahinda Rajapaksa government.

The tripartite agreement, signed by India, Sri Lanka and Japan, proposes to develop the ECT, which is located at the newly expanded southern part of the Colombo Port and is also on the map of China’s Belt and Road Initiative (BRI).

However, the deal has been stalled since the Sri Lankan government ordered a review in July last year following an outcry from labour unions against foreign involvement in “national assets”.

Despite India’s call for “quick implementation” of the project in November last year, Sri Lankan Cabinet spokesman Keheliya Rambukwella said the government is evaluating “different options to upgrade the Port, but there is no final decision yet”.

The ECT is located 3 km away from the China-backed international financial city, known as Port City, currently being built in Colombo. The China Harbor Engineering Company Limited (CHEC), which was behind the controversial 2018 Hambantota port project, signed its first contract in the Port City last month.

On 28 May 2019, India, Sri Lanka and Japan signed a Memorandum of Cooperation (MoC) to develop the ECT when Sri Lankan President Maithripala Sirisena was in power. This, despite the deal having been under negotiation from the previous year and Sirisena’s earlier objection to any Indian involvement.

According to the agreement, the Sri Lanka Ports Authority (SLPA) retains 100 per cent ownership of the ECT, while the Terminal Operations Company, conducting its operations, is jointly owned, with Sri Lanka holding a 51 per cent stake in it, and India and Japan retaining 49 per cent.

The $500-million project aims to upgrade the port to allow large container ships to enter with the aim of enhancing Sri Lanka’s status as a maritime hub. New Delhi is said to be keen on the deal as about 70 per cent of the transhipment business at the port is linked to India. The Adani Group is also said to be a front-runner to upgrade the ECT.

According to the agreement, Japan, which has supported operations of the Jaya Container Terminal at the Colombo Port, is set to provide a 40-year soft loan with a 0.1 per cent interest rate. Japan has also been pushing to be a player in the region under its ‘Free and Open Indo-Pacific Strategy’.

However, specific terms of the agreement are yet to be finalised.

Why has the project been stalled?

The deal has been stalled since the Sri Lankan government ordered a review of the project in July last year. This followed an outcry from labour unions, including employees from SLPA, against foreign involvement in “national assets”.

In July, the Ports, Commerce Industries and Progressive Workers Union in Sri Lanka, which is affiliated to Rajapaksa’s political party, told Nikkei Asia Review, “We can always elect [the party] back, but if the ECT is given to India, we will never get it back. The ECT should be controlled 100 per cent by SLPA and not by a foreign country.”

The backlash prompted Rajapaksa to appoint a five-member committee to examine and report on the concerns over the ECT.

Beijing has been suspected of influencing the stalling of the project. Analysts have criticised the Rajapaksa regime by comparing the way it awarded the Hambantota and Colombo Port City to China in 2018.