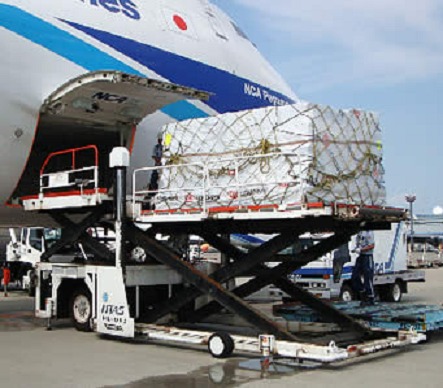 VISAKHAPATNAM : The air cargo from would be expected to increase around 35% to 40% per year in the next
couple of years if the government provides necessary storage facilities and also availability of widebody aircraft.

The air cargo would be increased to 24000 tonnes per year from14000 tonnes. To achieve this, there should be at least two wide body cargo aircraft needed and also a facility of pellet packing and different temperature storage facility at the airport.

The Visakhapatnam Air Freight Forwarders Association says that there is huge potential for air cargo from AP, especially from Vizag, but lack of connectivity and facilities such as pallet packing scanning for pharma products, insufficient warehousing storage, different  temperature storage compartments for perishable cargo, lack of dedicated cargo flights or wide body aircrafts and lack of space in direct international flights in passenger cargo have become hurdles.

As per the statistics, around 1,200 tonnes of air cargo per month, including 543 tonnes of pharma products, 274 tonnes of general cargo means automobile wheels and machinery parts, 122 tonnes of apparel industry Brandix cargo and 12 tonnes of perishable cargo including marine products such as frozen shrimp and fish is being exported every month from Vizag, besides another 119 tonnes of imports of various materials.

Thirteen air cargo forwarding agents in Vizag are sending the cargo by road to Bangalore, Chennai and Hyderabad airports by picking up the materials from various locations in North Andhra regions and also other parts due to lack of facilities and flight connectivity from Vizag.

Because of this, AP is losing a lot of GST also, says member Vaizag Development Council member O Naresh Kumar. Through AP cargo, Telangana state, Tamil Nadu and Karnataka states are getting revenue. A few products from Guntur, Vijayawada and other areas are also going to Hyderabad and Chennai airports, he said.

Most of the temperature cargo is Pharma products from SEZ Parawada need temperature control of different chambers which can give scope for more tonnage of pharma exports.

The city needs direct cargo flights to International cargo hubs such as Dubai, Hongkong, Singapore, London, and Amsterdam, besides Domestic hubs such as Delhi, Mumbai and Bangalore.