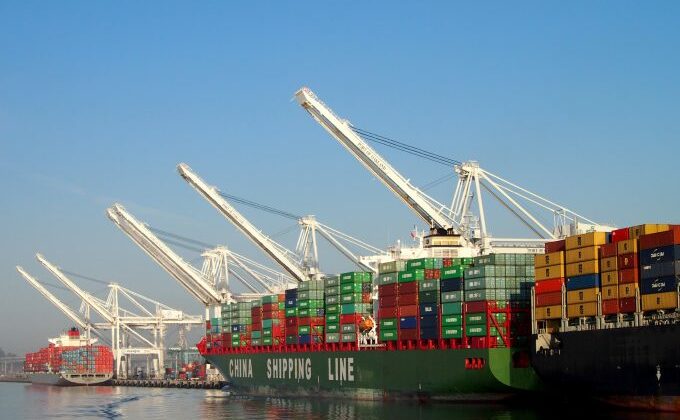 Speaking exclusively the WSC president and CEO John Butler said the policy will not work, adding that “you can’t fix the supply chain by penalising one or two actors in that supply chain”.

According to Mr Butler, the difficulties experienced by the shipping industry are a result of an unprecedented surge in demand, in the US and elsewhere, and the disruption caused by the global pandemic. These factors had slowed supply chains and were created logjams in the system.

Putting the onus for the entire supply chain congestion on the carriers will make some people feel better, said Mr Butler, “but if you enact that provision, it’s impossible to carry out because the carriers simply don’t control the whole supply chain and it’s a whole-of-supply-chain problem. So, it’s probably a violation of due process, but set that aside.”

As a result, Mr Butler believes: “There’s virtually nothing from a policy or legislative standpoint that’s available to make cargo move faster. You can vent your anger. But the real problem here is cargo velocity and you can’t legislate for cargo velocity.”

He emphasised that the OSRA 2021 will not provide the necessary improvements to the inland infrastructure needed to meet current or future demand.

“There’s nothing in the bill that will increase infrastructure in the United States to allow us to better deal with future surges in cargo. So, from a policy standpoint, the bill really doesn’t bring anything to the table.”

Asked if the some of the measures in the OSRA bill were too draconian, Mr Butler responded: “I would say that some of their proposals in the House [of Representatives] bill would be horrible transportation policy and horrible trade policy.”

It is understandable that at times of major disruption people get frustrated and angry, and “you can certainly detect the frustration behind the proposal”, he said.

He went on to point out: “We’re all jammed up as well. Many of our members’ CEOs have said publicly they’re not happy with the level of service that they’re able to provide in these conditions.”

Mr Butler added that the ocean carriers are doing everything they can in order to improve those conditions. But he went on to say that: “If you’ve got 45 ships stacked up outside of LA and Long Beach, that can’t even get into the berth, right? That’s an indication that the bottleneck is in front of those ships, not caused by those ships.”

According to the WSC, the major US bottlenecks are at the ports or railways, and within the trucking industry, and not as a result of issues with the ocean carriers, and that’s where the focus of government regulation should be.

However, shippers do not have control over the supply chain either, and while carriers are making historically high returns, many shippers, at worst, are facing bankruptcy, while charges including detention & demurrage, are adding to shippers’ difficulties rather than alleviating the process.

Mr Butler responded that it was important to look at each case individually to understand the facts, because there were some elements of the supply chain that shippers could control.

“Shippers have control over whether they use boxes and chassis for storage of goods at their warehouses,” he said.

He went on to say that some shippers may be facing challenges that make the storage of goods a more attractive option, “even though it comes with detention charges”.

He said that with the shortage of warehouse space and labour to keep the cargo moving, some shippers had elected to store cargo on chassis.

“My point is simply that everyone is facing it from their own different perspective. Essentially [it’s] the same problem, which is that we have way too much cargo,” he added.

According to Mr Butler all the actors in the supply chain are suffering from supply chain bottlenecks, though he would not accept that the lines are profiteering, or using the situation to maximise profits, and he refuted claims that there has been any collusion between lines.

“The revenues and the profits over the last year are, absolutely, abnormal, they’re not within the historical range, and I think it’s important to remember that because, you know, the service has been so cheap for so long that the shock is that much greater.”

The carriers acknowledged the difficulties that logistics managers were facing when working for a company that does a lot of import and export, and adapting from very small cost centres, to “all of a sudden” being responsible for a tremendous increase in the total cost of production.

The stratospheric rises in freight rates, up to ten times 2019 levels, show that the market is competitive and that it is functioning as it should, he argued and rejected the idea that carriers are profiteering.

“No, it’s not about profiteering, which is a quite loaded term that suggests that somehow you’re doing something improper. Shipping lines have, since this thing began, been investing.”

He pointed to the full order books, which shows that the carriers are looking to provide better services, “They are investing for the future so that they can continue to serve their customers,” he said.

Mr Butler concluded: “Everyone is part of the problem, but I think it doesn’t make sense to sort of ascribe evil motives to people in the supply chain. People are trying to manage their businesses as rationally as possible.”