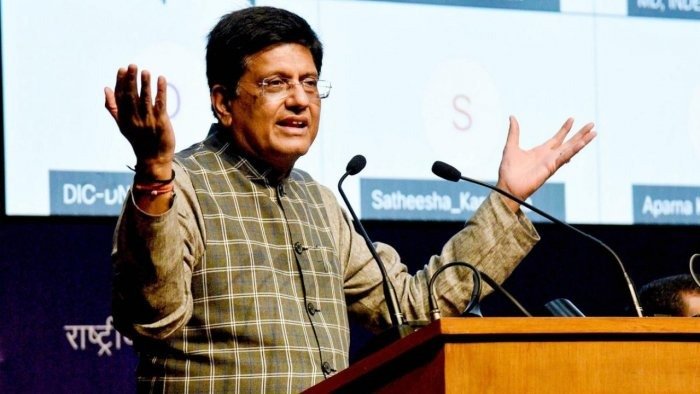 NEW DELHI : The Minister for Commerce and Industry, Consumer Affairs, Food and Public Distribution and Textiles, Shri Piyush Goyal has said the WTO needs to reassess the way it has been conducting its affairs. Pointing out that certain countries don’t give market access equitably and openly, and extend hidden subsidies, Shri Goyal said the developed countries should do more and meet their obligations such as providing clean and green technology to achieve the SDGs and achieve Climate goals and meet the needs of billions of people.

World concerned about the growing dominance of non-transparent and non-market economies and no role for Govt in running businesses, rather it should act as a facilitator , says Shri Goyal.

“It think it’s so unfair! I can understand a discussion on which countries should be considered developing and which should now be considered developed, I think the world should be open to a discussion on that. But to deprive countries from certain differentiated treatment in their business practices when they are at levels of $600-3000 per capita income and putting them on the same benchmark as a country which makes $60,000 or $80,000 per capita is grossly unfair. So, I think the developed world should look at their priorities,”said Shri Goyal, while interacting during a session on “Enhancing Global Footprint: India’s Big Opportunity” at the CII Global Economic Policy Summit -2021 here today.

Pointing out that the world’s second largest number of STEM Graduates are Indians or Persons of Indian Origin, Shri Goyal said, “the most powerful countries in the world today are concerned about the growing dominance of non-transparent and non-market economies and, therefore, are looking to engage with India because in their own ecosystem they are not preparing as many STEM graduates as a country like India does.”

Stating that the world is looking at India’s contribution to Innovation and Sustainability, Shri Goyal said, “India is a land of disruptive ideas and our industries will play a critical role in growing our global footprint as we undertake bold reforms for achieving aggressive targets.”

Shri Goyal said the Government should have no role in running businesses, rather it should act as a facilitator.

Shri Goyal said the Prime Minister Shri Narendra Modi had assured at the G20 Summit that India will manufacture five billion vaccines during the next year to make the world a safer place.

“The world’s first DNA vaccine is coming out of India, the world’s first nasal vaccine, we will soon have a RNA vaccine which will match the best in the world, in fact be better than the best in the world, it won’t need Minus 60-70 degrees temperature to store that vaccine, it can be done between Minus 2-10 degree. Look at the huge impact it will have in the logistics chain and the ability to deliver that worldwide at affordable prices in a very cost competitive manner,” he said.

Shri Goyal said: “The contribution that India is proposing to make in the next few months completely overrides the contribution of any other country or any other region when it comes to truly making vaccines available to every nook and corner of the globe, particularly the Less Developed Countries and the developing countries