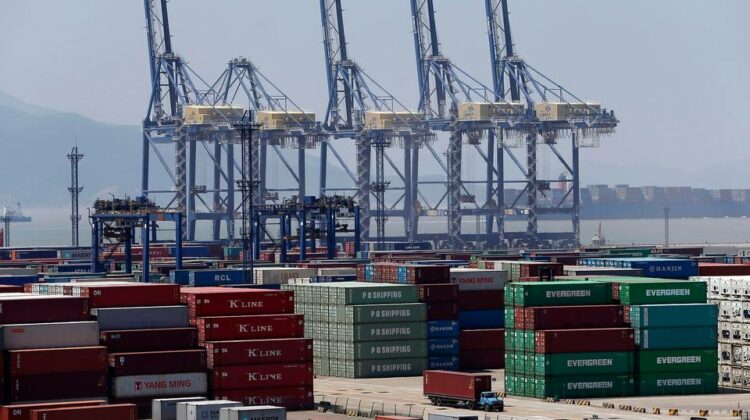 It may prove difficult for the US and many other countries to stock up enough retail goods for the shopping spree that awaits on Black Friday and during the Christmas season.

More specifically, 409 container vessels loaded with a total of 2,732,133 twenty-foot containers (teu) filled with goods for retail and industry are currently waiting in line to unload their cargo, according to a new analysis prepared by VesselsValue for ShippingWatch.

Over the past nine days, the shut down container terminal Meishan in major Chinese port Ningbo has only exacerbated the chaos in global supply chains.

A total of 80 container vessels comprising 393,650 teu are waiting to unload and reload goods at Ningbo’s remaining terminals, according to VesselsValue.

Marking the longest waiting period, one container vessel has been in line for more than nine days.

In another major Chinese port, Zhoushan, 100 container vessels totaling 457,869 teu are awaiting permission and entry at the terminals to unload their goods, with the longest waiting period being more than five days.

On the US west coast at Long Beach, California, one of the largest container ports in the US, issues with queues and bottlenecks are major as well, shows the analysis from VesselsValue.

According to shipping analyst Lars Jensen at Vespucci Maritime, there are both good and bad news about the precarious situation in global supply chains.

The good news, according to Jensen, is that the Meishan terminal at Ningbo, which was shut down on August 11, has now reopened.

However, the news about a reopening of the closed terminal has yet to bee confirmed by chinese authorities and the carriers.

The bad news, on the other hand, is that even though the remaining terminals have been able to somewhat manage the daily container traffic of around 77,000 teu, corresponding to 90 percent of the flow, the delays and rerouting that ensued from the shutdown will continue to reverberate throughout other ports and continually cause congestion in the global supply chains, Jensen explains.

The current situation resulting from the Ningbo shutdown will continually generate challenges in coming weeks. The overall situation, however, is not as bad as expected compared to the partial shutdown of Yantian, China, earlier in the year, Jensen concludes.