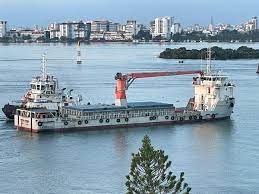 NEW DELHI : To promote economic and safe transportation and trade through inland waters and to bring uniformity in the application of law relating to inland waterways and navigation within the country, India is focussing on enacting Inland Vessels Act, 2021.

The act also provides safe navigation, protection of life and cargo, and focus on the prevention of pollution that may be caused by the use or navigation of inland vessels.

It ensures transparency and accountability of administration of inland water transportation, to strengthen procedures governing the inland vessels, their construction, survey, registration, manning, navigation and such other matters.

Inland Vessels Bill No. 99 of 2021 related to the act was introduced in the Lok Sabha . Newly appointed Ports, Shipping and Waterways Minister Sarbananda Sonowal while introducing the Bill informed the lower House that the act will ensure the safety of navigation, protection of life and cargo and prevent pollution.

One of the key features of the Bill is unified law for the country, instead of separate rules framed by the states. The certificate of registration granted under the proposed law will be deemed to be valid in all states and Union Territories, and there will be no need to seek separate permissions from states.

The Bill provides for a central database for recording the details of the vessels and their crew on an electronic portal.

The then Shipping Minister Mansukh Mandaviya had informed that total of 4,000 km inland waterways were operationalised, and the Bill will regulate the safety, security and registration of inland vessels.

A day after the Bill was introduced in the Lok Sabha, a gazette notification was issued on Friday mentioning, “It (the Act) shall come into force on such date as the Central Government may, by notification in the Official Gazette, appoint. Provided that different dates may be appointed for bringing into force different provisions of this Act in different states or Union Territories, as it may deem fit by the Central government.”