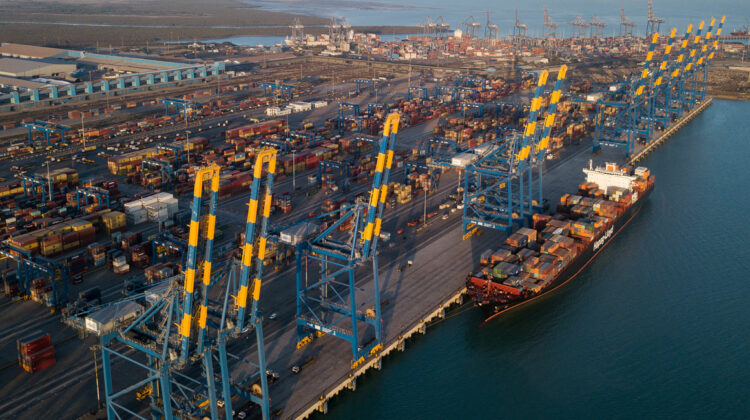 MUMBAI : With its qualification possibly in doubt for the Jawaharlal Nehru Port Trust’s container terminal tender due to bid conditions, the Adani Group has struck an arrangement with Terminal Investment Ltd, a unit of Mediterranean Shipping Company S.A, the world’s second largest container line.

According to multiple sources, Terminal Investment will apply for the tender on its own and if it succeeds in winning the bid, it will induct a company promoted by Adani Ports and Special Economic Zone Ltd (APSEZ) as a partner holding 45 per cent stake in the special purpose company formed to run the terminal for 30 years, multiple sources said.

Through this arrangement, Adani is looking to work around a tender condition that bars firms involved in contract termination at any other ports from qualifying.

Adani and Terminal Investment could not be reached immediately for comment.

The Board of Trustees of Visakhapatnam Port Trust (VPT) has ratified a termination notice issued on December 26, 2020, to Adani Vizag Coal Terminal Pvt Ltd (AVCTPL), a unit of APSEZ, citing “failure of the concessionaire to respond/cure the underlying event of default of minimum guaranteed cargo” mandated by the contract, according to a VPT Board note.

The port authority can terminate the contract if the private operator fails to meet the minimum guaranteed cargo stipulated in the contract for three consecutive years.

The Board of Trustees of VPT also decided to take “appropriate action to challenge the notice issued by AVCTPL invoking arbitration”. VPT has nominated former Supreme Court Justice J Chelameswar as VPT’s arbitrator and the matter is under arbitration and sub-judice.

“Adani is unlikely to participate in the tender on its own. But, Terminal Investment will apply on the tender with Adani lending support from behind as local partner,” said a person briefed on the plan. This is in line with the global strategy of Terminal Investment to partner a local firm for operating container handling facilities.

APSEZ, the port and logistics unit of the Adani Group, has an equal joint venture that runs the Adani International Container Terminal Private Limited (AICTPL), one of the facilities at its flagship Mundra port in Gujarat.