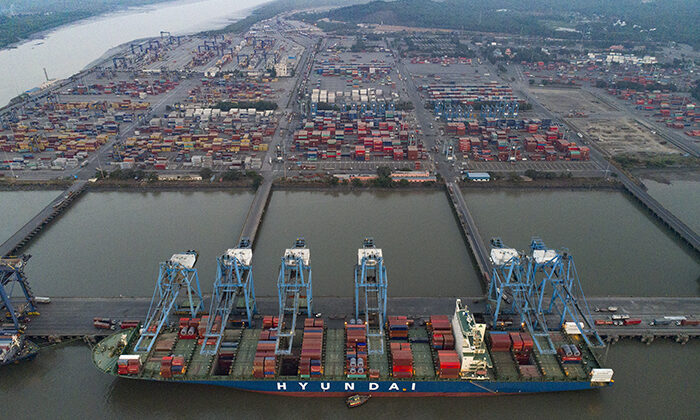 MUMBAI : A battle among top container terminal operators is brewing on the tender issued by Jawaharlal Nehru Port Trust (JNPT) to privatise the facility run by the port authority in which Dubai’s DP World Ltd has much at stake while other contenders are equally keen to establish a presence in India’s busiest state-owned container gateway.

Adani Ports and Special Economic Zone Ltd (APSEZ), India’s biggest private port operator, has struck a “secret deal” with Terminal Investment to participate in the tender. It works around a tender condition that bar firms involved in contract termination at other ports from participating. A coal handling terminal run by a unit of APSEZ at Visakhapatnam Port Trust was terminated last December, a few years into its 30-year concession.

Attention, though, is riveted on Dubai government-owned DP World, which runs two of the five container terminals currently operating at JNPT. The Nhava Sheva International Container Terminal (NSICT) and the Nhava Sheva (India) Gateway Terminal (NSIGT), the two terminals run by DP World, has a berth length of 600 metres and 330 metres, respectively.

NSICT was one of the first two private container terminals that started operations after India opened major ports to private funds in the late 1990’s. NSICT came into D P World’s fold after it acquired P&O Ports in a global deal in 2005. NSIGT started operations in 2015.

If D P World wins the Jawaharlal Nehru Port Container Terminal (JNPCT) tender, it will add another 680 metres of berth length, giving it a continuous, linear quay (berth) length of 1,610 metres and help reap the benefits of scale in berthing ships.

It will also allow D P World to merge the terminals yards where containers are stored and give it a bigger area for stacking boxes.

But, the downside of not winning the JNPCT deal will be disastrous for D P World as the contracts for NSICT and NSIGT will end in 2028. There is no certainty that D P World will continue to run these terminals post-2028 without an automatic extension clause in the concession agreements. There is also no certainty that D P World will win these terminals when they are put to tender on completing their respective contract terms in 2028.

“The JNPCT tender will decide whether D P World will survive in JNPT or perish,” said a port industry executive. “Either they should win the JNPCT tender or forget,” he said.

An unsuccessful bid for JNPCT would have other ramifications for D P World. For instance, if Terminal Investment wins the deal, 60,000 TEUs a month carried by MSC will be diverted to the JNPCT terminal.

“NSIGT will become empty as MSC will shift all its four services to its own terminal on winning the deal,” a shipping industry executive said.

“DP World will suffer a huge hit if that happens,” the executive added.

Tying up with container lines has thus become a sure shot way to ensure the success of the 1.8 million TEU-capacity terminal and meet the minimum volume stipulations set by JNPT for the contract.

The five terminals currently operating at JNPT are handling about 5 million TEUs a year. “Volumes at JNPT will remain the same. There will be no significant increase in the business going by what we are seeing,” the shipping executive said.

To add to the woes, BMCTPL is contractually mandated to build another one km of berth length by 2024 to add to its already operational berth of one km. “But, where are the volumes”? he asked.

JNPCT, the terminal undergoing privatisation, currently handles about 30-35,000 TEUs a month from four liner services. Out of the four, one service is shifting shortly to BMCTPL, shrinking its volumes to about 18,000 TEUs.

“Lines will play the king maker on volumes. Whoever takes over JNPCT, it will need one big line with it. That only will bring assured volumes,” he said.

APM Terminals is also set to partner with a shipping line for the JNPCT tender, an industry source with knowledge of the matter said. A P M Terminals will not partner with Container Corporation of India Ltd (Concor), its joint venture partner in Gateway Terminals India Pvt Ltd (GTI), one of the five terminals at JNPT, citing the impending privatisation of Concor to seek a new partner for the tender.

“By any means, Adani wants JNPCT. Then, it will become easier for it to have a go at NSICT and NSIGT when the concessions awarded to D P World for these terminals ends in 2028,” he said.

“The tender for JNPCT will see a big fight among top terminal operators, backed by lines,” he added.