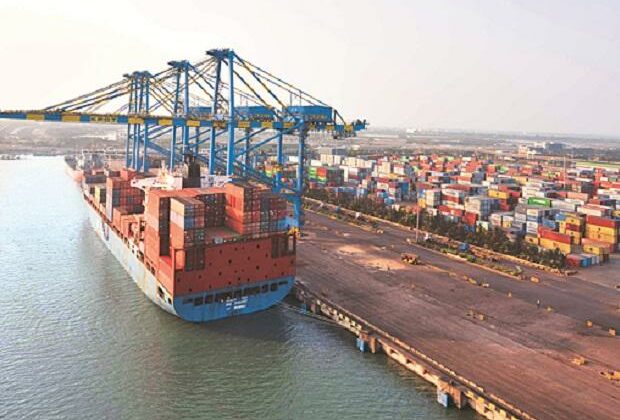 MUMBAI : State-run Jawaharlal Nehru Port Trust (JNPT) issued a global tender on Monday to privatise the container terminal which it has been running on its own for which the one of the biggest contenders – Adani Ports and Special Economic Zone Ltd (APSEZ) – could face difficulties to qualify because of a tender condition.

Port industry sources said that the tender may be dragged into litigation.

In FY21, Adani Vizag Coal Terminal Pvt Ltd (AVCTPL), a unit of APSEZ which runs a facility in Visakhapatnam Port Trust (VPT), said it received a consultation notice for shortfall in minimum guaranteed cargo from the state-owned port authority.

The port authority can terminate the contract if the private operator fails to meet the minimum guaranteed cargo stipulated in the contract for three consecutive years.

AVCTPL contested the consultation notice on the grounds that it was “invalid” since notified force majeure event due to COVID-19 pandemic was continuing.

A force majeure clause absolves firms from meeting their contractual commitments for reasons beyond their control.

“Also, since the force majeure event has exceeded 120 days, AVCTPL has initiated termination on mutual consent as per right under the concession agreement. VPT has also issued counter termination. AVCTPL and VPT have appointed arbitrators as well as the presiding arbitrator. During the quarter, AVCTPL has filed a statement of claim with the arbitration panel. The matter is under arbitration and sub judice,” APSEZ said in a filing to the Bombay Stock Exchange as part of its April-June quarterly earnings announcement.

If APSEZ feels that it is going to be disqualified from the tender due to this eligibility condition set by JNPT, they will contest it in court and secure a stay, said a port industry source tracking the matter.

“APSEZ will try to bring a stay on the termination of its contract by VPT. Then, no decision can be taken on their disqualification because the matter will be sub judice,” he said, asking not to be named.

Securing a stay would be critical for APSEZ because the termination of its contract at VPT would block Adani from participating in tenders issued by state-runs ports across India as the eligibility clause is similar in all auctions, he added.

D P World already runs two terminals in JNPT while A P M Terminals and PSA International Pte Ltd operate one each. For APSEZ, this could be an opportunity to gain a “strategic” presence in JNPT after it lost out to Singapore’s PSA in a tender for a terminal earlier.

The project is estimated to cost ₹863.31 crore, including berth upgradation and replacement/deployment of equipment.