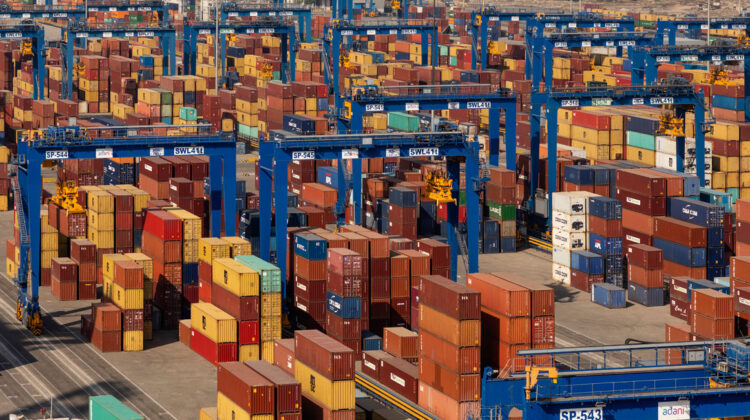 The Adani Group-owned Krishnapatnam Port Co Ltd (KPCL) has received backing from a key government agency tasked with recommending environmental and coastal regulation zone (CRZ) clearance for the third and final phase expansion of the port, with an investment of ₹12,256 crore.

The expert appraisal committee (EAC) attached to the ministry of environment, forest and climate change recommended environmental and CRZ clearance to the third phase expansion during a meeting held on December 14.

The port with a depth of 18.5 metres, located in Nellore district of Andhra Pradesh, currently has capacity to handle 64 million tonnes (mt) of cargo and 2 million twenty-foot equivalent units (TEUs) of containers.

On October 5, Adani Ports and Special Economic Zone Limited (APSEZ) completed the acquisition of a 75 per cent stake in Krishnapatnam Port Company from the CVR Group for an enterprise value of ₹12,000 crore.

Krishnapatnam is India’s second largest private port and APSEZ plans to convert it into a “Mundra” on the eastern coast and help achieve the target of building 500 mt of cargo handling capacity by 2025.

Mundra, located in Gujarat, is the flagship port of APSEZ and India’s biggest commercial port.

When the third phase is completed, the port will have an overall capacity to handle 250 mt of non-container cargo and 5.5 million TEUs of containers.

With adequate land available, APSEZ said the capacity of Krishnapatnam can be ramped up further.

During the meeting, the EAC pulled up environment impact assessment (EIA) consultant Cholamandalam MS Risk Services Limited over what it called a “serious lapse”.

The validity of the environment and CRZ clearance (EC) order for the Phase 2 development of the port expired on November 12, 2019.

KPCL, according to EAC, is yet to complete the project activities approved vide EC order for the Phase 2 development. However, in the EIA report it was mentioned that Krishnapatnam port has completed Phase 1 and 2 developments.

The EAC also noticed that the project involves diversion of 418 hectares of forest land for development of Phase 3, though in the application it was mentioned that no forest land is involved.

The EAC considered this as a “serious lapse on the part of consultant”, as the incorrect statement provided in the EIA report “may create confusion and leads to violation of EIA Notification 2006”.

Based on the above ambiguity, a show cause notice was issued to the Chennai-based EIA consultant Cholamandalam MS Risk Services Limited.

“After apology made by the EIA consultant, a warning letter was sent to the concerned EIA consulting agency stating that in case of further inadequacy in addressing the factual information in future projects, legal action will be initiated,” Business Line reported, according to the minutes of the December 14 EAC meeting.