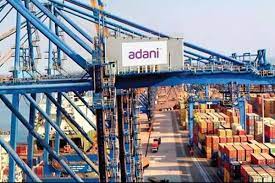 MUMBAI : Adani Ports and Special Economic Zone Ltd (APSEZ) is looking to buy as much as 10 million square feet (sq ft) of warehousing assets every year as India’s largest private port operator bets on the e-commerce boom to raise capacity 150 times to 60 million sq ft by 2026 from the current 8 lakh sq ft.

Adani Logistics Ltd, a unit of APSEZ, will use a mix of organic and inorganic opportunities to sail into a dominant position in the segment.

The conglomerate led by Gautam Adani plans to add 30 million sq ft through greenfield development of warehouses leveraging its existing land parcels of 1,850 acres across top 20 cities in India, while about 30 million sq ft (16 per cent of Grade A market capacity) will be added through acquisition of strategic assets in the top 20 markets, according to a presentation seen by BusinessLine.

About 60 per cent of the 30 million sq ft of in-house developments will come from existing land assets and the balance will be built by acquiring additional land.

“We are foraying into suite Grade A warehousing, which is our next focus area of growth. Our warehousing business is slated to grow 150 times in the next five years with superior returns to the stakeholders. With these portfolio growth objects, we will charter a new course for the future of APSEZ,” Karan Adani, Chief Executive Officer, APSEZ said during an analysts call.

“We are looking at roughly 7 to 10 million sq ft of acquisition every year,” Karan Adani said. Warehousing will complement the existing APSEZ transport utility chain, he added.

At nascent stage in India

India’s Grade A warehousing stock has grown at a CAGR of 20 per cent over the last five years to reach 164 million sq ft, initially driven by manufacturing and now by e-commerce and 3PL companies. Over 90 per cent of warehousing requirement is across the top 8 cities.

The Grade A warehousing capacity is expected to touch 370 million sq ft by 2026, growing at a CAGR of 17 per cent.

Institutional interest in warehousing business is fuelling the growth of organised market. The segment attracted an all-time high investment of $743 million (more than ₹5,500 crore) in the first quarter of FY22.

Adani Logistics will create infrastructure for light manufacturing and other built to suit assets to get higher realisation. The plug and play infrastructure will allow investors to start their business straight away without much ado and as they deem fit in line with their operating standards.

The firm will lease out warehouses and build to suit infrastructure on long-term lease of 5-9 years, which is expected to fetch a return on capital employed of over 18 per cent and an EBITDA of over ₹2,000 crore.

Together with ports, airports and inland freight terminals, there will be further upside, the company said.