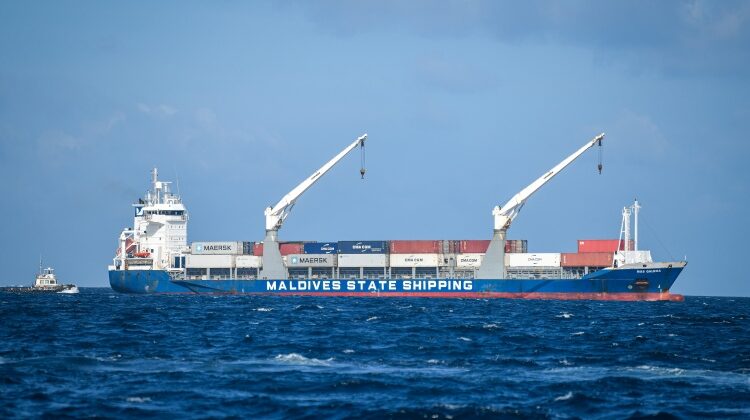 MSS Galena, the first cargo ship owned by the Maldives State Shipping (MSS) has arrived in the Maldives with 229 containers of goods on its first voyage.

The ceremony held to mark the arrival of the “Galena” in the Maldives was attended by Managing Director of MSS Abdulla Saeed, CEO of MPL Shahid Ali and Minister of State for Transport Ahmed Zuhair.

According to the state shipping company, “Galena” can carry 680 containers, a 60 tons of crane and 60 reefer containers at the same time. The company also said that a trip between Colombo and Male’ has been scheduled every eight days using the boat.

Managing Director of MSS Saeed said that owning a ship is a sign of the company’s progress in the maritime sector. He also said that this will bring more job opportunities for Maldivians.

Saeed said that the company will work to increase its fleet within the next year. He also said that efforts will be made to build people in the sector to find the required employees.

“Ninety-nine percent of the crew on board are Maldivians. More Maldivians will be required as the fleet grows,” Saeed said.

He said that 299 containers of goods were brought to the Maldives on the first trip of Galena.

Galena was first arrive to the Maldives on October 30. The ship traveled to a dockyard in Colombo for rebranding and arrived back .

Before purchasing Galena for an undisclosed price MSS had two ships leased. The vessels have now been handed over after the leasing period expired.