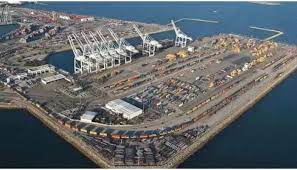 KABUL: The Afghan exports through Iran’s Chabahar port have been halted for the last three months, reported a local media citing officials from the Afghanistan Chamber of Commerce and Investment (ACCI).

The economists believe that the political challenges that Afghanistan is facing are the primary reason behind the slow rate of exports from the country ,reported in the news.

The economists have also credited the decline in the country’s GDP has also had an effect on the exports through the Chabahar port.

“When our traders export their goods to other countries, they receive their money through bank accounts. But banking services allows around 30,000 afghanis which only constitute around 5 per cent of the total transaction, which is a big problem for
traders,” TOLOnews quoted economic analyst Bahram Ramish as saying.

Statistics from the ACCI suggest that a large ship with food is transported to Afghanistan every 15 days through the Chabahar port, however, the country’s exports remain suspended, the news channel reported.