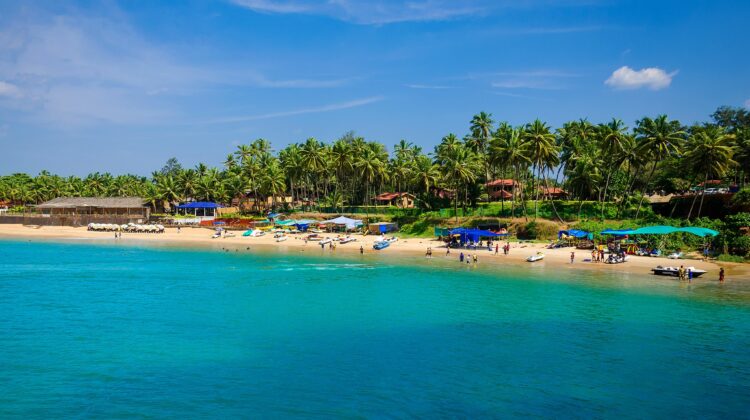 NEW DELHI : With the presence of Mormugao port which is backed by companies like Vedanta, JSW and Adani Group, establishment of maritime clusters in Goa can prove beneficial for the entire marine industry.

Despite having a robust maritime industry, Africa has witnessed shortage in professional skills across certain areas of the industry. In its bid to address the gap, eThekwini Maritime Cluster has signed an MoU with Servest, an integrated facilities management organisation. This has, once again, testified the importance of maritime clusters and how they can serve as the gateway to achieving any goal in the marine industry.

A network of companies, research organisations and innovation units within the maritime industry –maritime clusters are being increasingly recognised for their role in the sustainable development of the marine sector. Denmark, for instance, has been working on its maritime cluster strategy for the past fifteen years. Result? It owns the world’s fifth largest merchant fleet today.

In India, it wasn’t until recently that the concept of maritime clusters has been introduced. In fact, a draft prepared under Sagarmala programme of the ministry of shipping revealed that they are to be one of the focal points for economic development along the coastlines. However, ramping up the initiatives pertaining to maritime clusters is the need of the hour.

One of the reasons is the fact that marine businesses have been migrating to foreign locations such as Switzerland and Luxembourg, due to relatively unfavourable ecosystem in the home country. For instance, Adani Group, despite having a wide range of port projects – from Goa and Gujarat to Chennai and Kerala, still operates out of Dubai for its chartering needs. Thus, the establishment of maritime clusters would not only create indigenous opportunities but contribute to India’s vision of self-reliance as well.

In addition to this, it will also reduce the dependency of Indian players on international dispute resolution hubs when it comes to resolving issues around bunkers, sale of ships, shipbuilding and repairs, commodities, etc. The Gujarat Mediation and Arbitration Centre (GMAC), which is being built as a part of the Gujarat Maritime Cluster under the aegis of Gujarat Maritime Board, is expected to lead India in the list of maritime countries where similar centres are already thriving. Besides Gujarat, the government of India has pinned high hopes in other states such as Goa.

With the presence of Mormugao port that is backed by players like Vedanta and Adani Group, Goa can also prove to be a favourable location for the establishment of maritime clusters.

Handling around 95 per cent of trade volumes, the Indian ports play a crucial role in the country’s overall economy. Thus, the launch of maritime clusters will not only help in addressing the challenges prevailing in the sector that contributes so much to our country’s GDP, but also pave way for the development of world-class marine facilities and generation of immense employment opportunities.