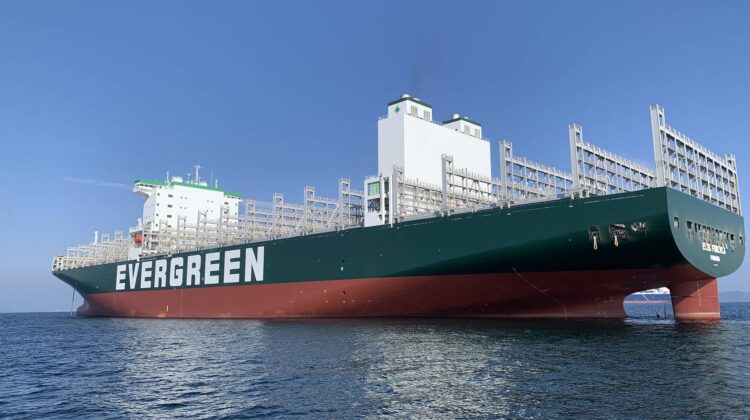 TAIWAN : At a time when freight rates have been on the rise due to strong demand and a supply shortage, Evergreen Marine Corp., the largest container cargo shipping company in Taiwan, reported better than expected earnings for the first quarter of this year.

In a statement, Evergreen said on Friday that it posted NT$36.08 billion (US$1.29 billion) in net profit or NT$7.04 per share in the January-March period, beating an earlier market estimate of about NT$5 in earnings per share (EPS).

The first quarter EPS represented a significant improvement from the NT$0.09 in loss per share over the same period of last year, according to data compiled by the Taiwan Stock Exchange (TWSE), where Evergreen Marine’s shares are traded.

Evergreen’s first quarter EPS also topped the NT$5.06 in EPS the company raked in for the entire year of 2020, the data showed.

As of Friday, due to a lack of containers and shipping services worldwide, the freight rate on the route from the Far East to Europe hit a new high of US$4,678 per 20-foot equivalent unit (TEU).

Evergreen’s rival in Taiwan, Yang Ming Marine Transport Corp., has not released its first quarter results yet, but analysts said the company’s EPS could challenge NT$7 for the three-month period.

Riding the waves of growing freight rates, the shipping sector has served as a driver to the gains on the broader market in recent sessions.

Since the beginning of March, Evergreen shares have jumped about 124 percent and Yang Ming shares have even soared around 216 percent.