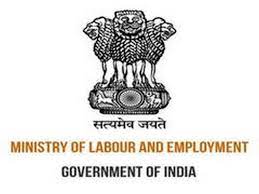 NEW DELHI :  Apex transporters” body AIMTC on Monday demanded reduction in excise duty by the Centre and cut in  value added tax by states on diesel and petrol, and warned that if their demands are not met then the road transport fraternity will have to stop its “loss-making” operation.

The All India Motor Transport Congress (AIMTC) also said the government should bring diesel and petrol under the Goods and Services Tax (GST) regime so that there is a uniform rate of diesel and petrol across the country.

It also demanded monthly or quarterly revision of fuel prices and added that on-road corruption by police, RTOs and GST officials must be checked.

“The government must address the above demands or else there would be no other alternative left with road transport fraternity of India but to stop their loss-making operations,” the statement quoted  AIMTC president Kultaran Singh Atwal as saying.

According to the statement, the road transport sector vehemently protests against the ongoing hike in fuel prices.

“Centre”s daily fuel price hike amidst the devastating pandemic is most unethical. The cascading effect on prices of essentials is making life difficult for the common man of India,” AIMTC  said.

During these times of job losses, business loss and financial crunch, the government instead of providing tangible relief is trying to recover its revenue by snatching the bread and butter of the poor truckers, it said.

“The government remains stone-hearted to their plights and has not provided any relief by way of blanket moratorium, extension of insurance, other taxes and fees,” it added.

AIMTC is the apex body of transporters, representing about 95 lakh truckers and other entities.

India”s petrol and diesel are among the costliest in Southeast Asia; even the neighbouring countries are providing cheaper fuel to its people.