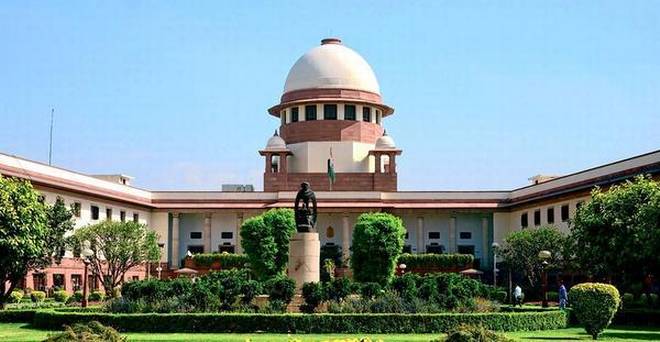 The Ministry of Finance in an appeal said that the High Court encroached into policy by quashing the May 1 notification, which had imposed 12% IGST on concentrators imported for private use or as a gift.

NEW DELHI : The Supreme Court on Tuesday stayed a Delhi High Court verdict which declared the levy of Integrated Goods and Services Tax (IGST) on oxygen concentrators imported for personal use or as a gift as a violation of the fundamental right to life.

A Bench of Justices D.Y. Chandrachud and M.R. Shah issued formal notice on an appeal filed by the Ministry of Finance that the High Court encroached into policy by quashing the May 1 notification, which had imposed 12% IGST on concentrators imported for private use or as a gift.

Attorney General K.K. Venugopal, for the Centre, said the GST Council was scheduled to meet on the issue on June 8.

“A decision had already been taken in the 43rd meeting of the GST Council on May 28 to constitute a Council of Ministers so that COVID-19 related items are exempted. The High Court entered into the area of policy…” Mr. Venugopal submitted.

The top law officer explained that the IGST earlier was 77%, which was brought down to 28% and again to 12%. Mr. Venugopal said the High Court decision ought to be stayed to provide a clear field for the Council to take a decision on COVID-19-related equipment.

In its decision, the High Court had classified oxygen concentrators as a life-saving device during the pandemic. It said charging IGST was unconstitutional. The High Court had called the citizens’ struggle to get oxygen during the second wave as a “George Floyd moment” in a different context and setting.

Desperate citizens are crying out “I cannot breathe” while being “chased and driven by the merciless novel coronavirus”.

The Bench held that oxygen concentrators should be treated on par with life-saving drugs.

The High Court decision had come in a petition filed by a senior citizen whose nephew had shipped him a concentrator as a gift. The High Court had initially asked the government to consider temporarily dropping the 12% GST levied on such imports altogether, citing the shortage of oxygen in the second wave of the pandemic.

The Finance Ministry had refused to comply, stating that if the petitioner’s argument about Article 21 was accepted, ‘it will lead to absurd consequences and interpretations, wherein citizens will be seeking exemption from property tax, since housing is an essential facet of Right of Life… or exemption from taxes imposed on several food items since Right to Food has been held by the Supreme Court to be a part of Right of Life under Article 21.”