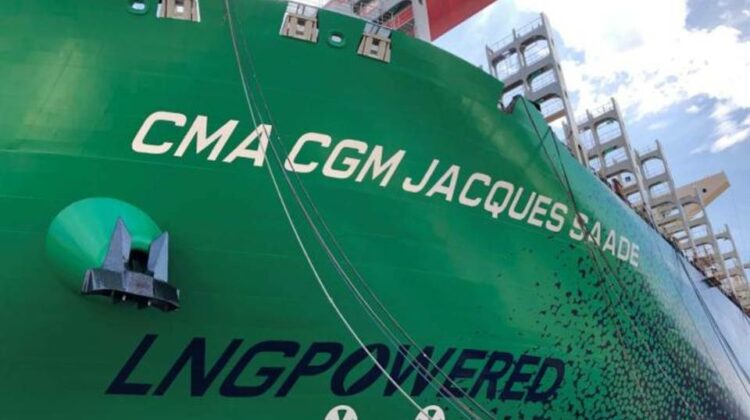 Container carriers doubled the number of LNG-powered vessels in the first six months of the year despite global warnings on rising methane pollution, one source of which is LNG. Recently, the IPCC report spotlighted methane as a serious climate threat.

Methane gas emissions pose the most serious threat to the climate after carbon emissions, according to a new report from the UN Intergovernmental Panel on Climate Change (IPCC), which touches a raw nerve on the use of LNG in shipping.

The IPCC published its report this week, drawing widespread global attention. The report concludes that “CO2 remains by far the most important positive anthropogenic driver, with methane as next most significant” factor in global warming.

The IPCC further states that global warming is happening much faster than anticipated, requiring a massive effort on a global scale to stem the tide.

Meanwhile, a number of major carriers that have bet on LNG-powered vessels appear to be on collision course with climate research and the IPCC’s warning against methane emissions.

LNG-powered vessels constitute a well-known source of methane emissions, and a report from analyst Alphaliner showed that the number of vessels sailing on LNG nearly doubled in the first half of 2021, amounting to 23 vessels.

This is still only a moderate share of the total tonnage, but the carriers ordered an additional 34 LNG-powered vessels in the first six months, and the importance of LNG as a marine fuel continues to grow.

According to Clarkson Research Services, LNG-powered vessels comprise 28.3 percent of the orderbooks at shipywards when measured by tonnage.

A warning from the World Bank

Earlier this year, the World Bank released a report on LNG’s role as a marine fuel and warned against further use of LNG, which is liquefied methane gas, in the shipping industry.

“Even if you develop engine technology which can substantially reduce methane emissions from ships, these solutions will only be in place in a fraction of the fleet, and you would still have a problem with emissions in the LNG supply chain,” said World Bank economist Dominik Englert and co-author of the World Bank report in an interview with us in June.

According to Alphaliner’s estimation, the world’s third largest container carrier, CMA CGM, has taken the lead when it comes to using LNG as a marine fuel. CMA CGM owns 17 out of the 23 LNG vessels currently in operation. Carriers such as Hapag-Lloyd and ZIM have also ordered LNG-powered vessels.

Argument about methane emissions is “overused”

Proponents see liquefied natural gas, which is a fossil fuel, as a practical transition fuel for vessels until green fuel solutions are developed for fishing. Their primary argument is that LNG emits far less carbon than conventional marine fuels.

“We have decided to move forward with LNG. LNG might not be the ideal solution, but it is a solution that is available today. That allows us to reduce our CO2 emissions by around 20 percent,” said CEO of CMA CGM Rodolphe Saadé at a conference in June.

The Sea-LNG alliance, which promotes the use of LNG in shipping, describes the warnings against methane as an “overused” argument.

“Often based on outdated data, methane slip has become an overused argument for those wishing to justify inaction,” said the chair of Sea-LNG Peter Keller in April.

Oil company Shell, a producer of natural gas, is also among the proponents of LNG.

“So first, let me be clear, LNG is the lowest emission fuel available at scale in the shipping sector today. It has no near rival in this regard,” said Grahaeme Henderson, Vice President of Shipping and Maritime at Shell International Trading & Shipping, in a comment on the World Bank report in April.

Critics of LNG are particularly worried that carriers commit to the controversial fuel for decades by way of costly investments in vessels, thereby making the use of LNG a drag anchor for the green transition efforts in shipping.

In May, OECD and the Dutch government warned against the use of LNG in shipping in a response to the IMO, while the International Energy Agency released a report calling for an immediate halt to new oil well drillings and coal-fired power stations as well as rapid energy transition in order to reach the Paris Agreement target of a climate-neutral world economy in 2050.