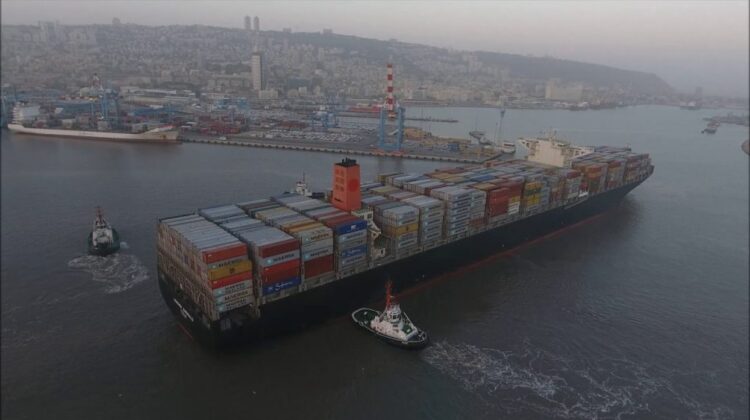 EGYPT : It seems that 2021 isn’t the year for container ships. First, it was the Ever Given ship that blocked the Suez Canal for 6 long days blocking any ship from entering the canal and basically putting a halt to the supply of many items. Now another container ship has broken down in the canal but luckily isn’t blocking the other ships from passing through.

The ship called Maersk Emerald experienced engine troubles near Ismaila while it was passing through the canal. The ship broke down and was halted for several hours before it was refloated. The ship was towed out of the way to make sure the other ships weren’t delayed. It seems that the Suez Canal Authority doesn’t want another Ever Given incident happening anytime soon. Although that ship is still being detained by them.

These incidents have made people realize just how much global commerce depends on the Suez Canal. The Ever Given incident caused losses in the millions for every day that the ship blocked the canal. SCA chairman Osama Rabie said that the canal’s revenue was talking around a $14m-$15m hit each day the canal remained blocked.

This number doesn’t even tell us the whole story. So many ships remained outside the canal due to the incident and around $9.5bn of trade was being held up. So it’s a no-brainer for the Maersk Emerald ship to make the authorities relive the days when the canal was blocked and the whole world had eyes on the situation.

Luckily the Maersk Emerald ship only caused a few hours of trouble. The ship was refloated and ferried away by four tugboats before being anchored for repairs. The ship was enroute from Tanger to Salalah Oman. It seems that from now on, any ship that faces problems in Suez Canal will be making headlines.

No one wants another Ever Given incident, but many want the detained ship to be finally freed. However, the shipowner and the SCA can’t seem to come to any kind of mutual agreement.