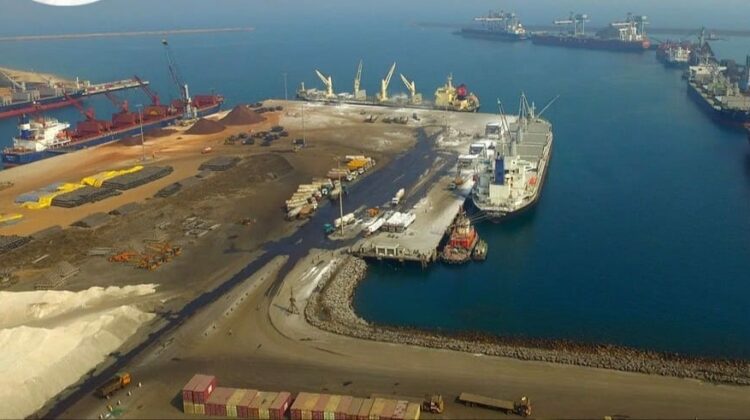 MUMBAI : The Andhra Pradesh Cabinet, led by YS Jagan Mohan Reddy, has approved the sale of the State government’s 10.4 per cent stake in Gangavaram Port Ltd (GPL) to Adani Ports and Special Economic Zone Ltd (APSEZ) in a deal valued at ₹120 a share, translating into a consideration of ₹645.10 crore.

The Cabinet, on Saturday, also backed APSEZ’s proposal to allow the merger of GPL with APSEZ, said multiple sources. After the merger, APSEZ will form a new special purpose company to run the port for the balance period of the concession ending in 2059.

The Cabinet signed off on the recommendations made by a six-member Empowered Group of Secretaries formed to oversee the stake-sale per a previous Cabinet decision on May 4.

K Muralidharan, CEO, AP Maritime Board, confirmed the Cabinet approval for the stake sale and the merger, but declined to give details.

The move followed the acquisition of 31.5 per cent stake from Windy Lakeside Investment Ltd (an affiliate of U S private equity firm Warburg Pincus) and the 58.1 per cent stake held by DVS Raju and family, the promoters of Gangavaram Port, both for ₹120 per share.

The recommendations of SBI Caps may also be examined by the committee to arrive at a specific share value of the government stake proposed to be transferred to APSEZ, duly following the procedure on disinvestment, stated the June 4 order.

The AP Government held the 10.4 per cent stake, not by putting cash but in lieu of the 1,800 acres of land that was acquired for the port in 2003 and transferred to the port developer, which at the time was valued at ₹54 crore.

At current market rate, the value of this land is said to be more than ₹3,000 crore, implying that the value of the stake could be much higher than the ₹120 per share that APSEZ paid the other two shareholders.

After coming to power in 2019, Jagan put in place a reverse tendering process for all public procurement valued at over ₹100 crore which has been lauded for its cost saving benefits.

Closing the deal without resorting to a tendering process is bound to raise eyebrows, says sources.

“The Empowered Group is understood to have recommended the stake sale at ₹120 a share without going though a tender process to discover whether anyone was willing to offer a higher price after fixing the reserve price for the share sale. Such a higher price above the reserve price could have been offered to APSEZ on a right of first refusal principle,” a person briefed on the plan said.

While settling for ₹120 a share, the Empowered Group is understood to have taken the advice of an auditing firm who also endorsed the price proposed by APSEZ, he added.

“If the stake had to be sold at ₹120 a share, the government could have cleared it at the May 4 cabinet meeting itself. The setting up of an Empowered Group of Secretaries tasked with securing a higher price for the government shares and protecting public interest, did not bring any meaningful results,” the person added.

A port consultant tracking the deal said that the AP Government’s stake in Gangavaram port was “worth at least ₹1,200 crore.”

Karan Adani, CEO, APSEZ, told analysts after the firm’s first quarter results on August 3 that the merger of GPL with APSEZ has been proposed “mainly for tax reasons”, unlike its other recent acquisitions, where the acquired port operating company was not merged with APSEZ.

“The merger is to give a tax efficient share-swap; that’s the only reason for the merger,” Karan Adani stated.

“The AP government shares will be bought in cash and we expect that deal to be completed by August 15,” he added.

The purchase of AP government stake would make Gangavaram Port fully owned by APSEZ. The total price for the acquisition will be ₹6,203.10 crore.

GPL, located next to the Centre-owned Visakhapatnam Port Trust, is the second-largest non-major port in Andhra Pradesh with a capacity of 64 million tonne.

Gangavaram is a deep-water port capable of handling fully laden super cape size vessels. Currently, GPL operates 9 berths and has free hold land of about1,800 acres. With a master plan capacity for 250 mt with 31 berths, GPL has sufficient headroom to support future growth.