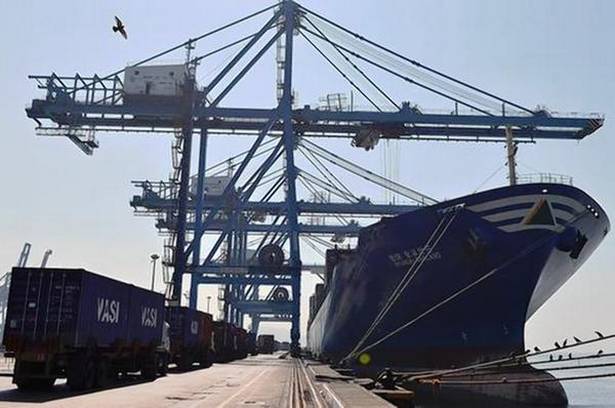 Adani Ports and Special Economic Zone Ltd (APSEZ) is teaming up with Terminal Investment Ltd, a unit of Mediterranean Shipping Company S A, the world’s second biggest box line, to bid for the project.

“There is an opportunity for APM Terminals by partnering with Wan Hai Lines, a carrier that is also reasonably dominant in the Nhava Sheva region where JNPT is located,” said a shipping industry executive.

Danish shipping giant A P Moller-Maersk also runs Maersk Line, the world’s biggest container carrier, whose support on volumes can be counted upon by APM Terminals in any case.

Tying up with Wan Hai Lines, ranked tenth among the world’s top container carriers, will give APM Terminals an extra zing on the bid, the shipping industry executive said.

Gateway Terminals India Pvt Ltd, 74 per cent owned by APM Terminals, runs one of the five container terminals operating at JNPT. In FY21, the facility in which Container Corporation of India Ltd (Concor) holds 26 per cent stake, handled 1.668 million TEUs.

APM Terminals is not partnering with Concor on the container terminal tender as the state-run rail hauler is being lined up for privatisation by the government.

A clear visibility on volumes will give potential bidders the heft to quote competitive royalty per TEU, the sole basis for deciding the winner, the shipping industry executive said.