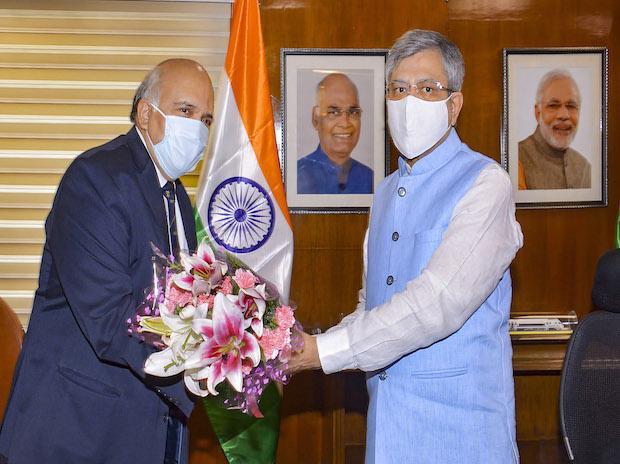 NEW DELHI : Union Railways Minister Ashwini Vaishnaw has reviewed the Ahmedabad-Mumbai bullet train project that has faced several delays due to the slow pace of land acquisition and the Covid-19 pandemic, people familiar with the matter said .

The project connecting the two cities through a high-speed rail network was scheduled to be completed by December 2023, but top railway officials indicated that the timeline may be revised.

The project connecting the two cities through a high-speed rail network was scheduled to be completed by December 2023, but top railway officials indicated that the timeline may be revised. “The ongoing pandemic and slow land acquisition process in Maharashtra is adversely affecting the Mumbai-Ahmedabad High-Speed Rail project. The revised timelines will be worked out after assessing the exact impact of the pandemic on the entire project, land acquisition, and tender finalisation in the state of Maharashtra,” a senior official said, requesting anonymity.

He reviewed the high-speed rail project on Sunday.

“All matters were reviewed with an aim to ensure that no stone is left unturned to achieve the objective,” the official added.

HT reported in September last year that the bullet train may not be able to meet its 2023 deadline.

The official cited above said 74% of the land acquisition project has been completed, mostly in Gujarat but the process hasn’t been on track in Maharashtra.

The official added that work in Maharashtra is limited to land acquisition and utility shifting, and only 25% of the land is being acquired. “A major hindrance for contract award in the Maharashtra part of the alignment is the land availability since at least 80% of the land should be available before any of the work could be awarded,” the official said.

The project has had to face issues ranging from protests by landowners to rising costs because of a widening gap between the Indian rupee and the Japanese yen; 81% of the ₹1 lakh crore needed to fund the project will come from a 20-year Japan International Cooperation Agency (Jica) loan. Officials said there was a possibility that the project cost could go up.

According to the current project status compiled by the ministry, civil work contracts for the construction of 92% of the alignment in Gujarat and the union territory of Dadra and Nagar Haveli (325km out of 351km and 5 stations) have been awarded, and construction work has commenced in the region.