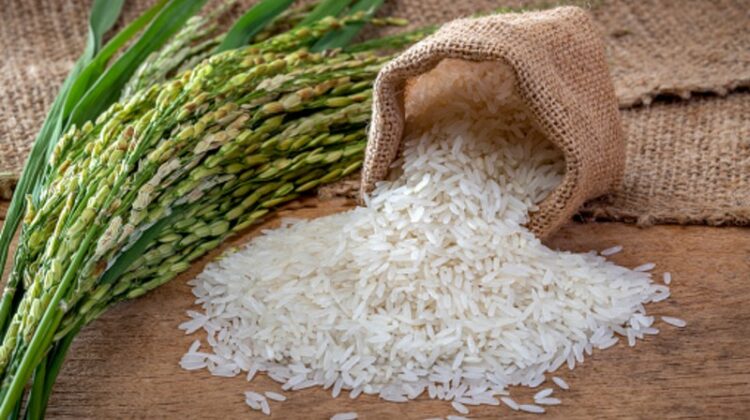 NEW DELHI : Higher ocean freight rates and shortage of containers continue to hamper Basmati rice exports from India, while importers, too, have deferred their purchases awaiting the arrival of the crop.

The per tonne realisation has also been affected with Basmati rice fetching $846 during the period, against $892 last year.

Ocean freight up more than 300%

“Basmati exports are down both in value and volume due to high logistics cost. Buyers tend to put off their purchases, especially for a costlier product such as Basmati,” said Vijay Setia, Chairman-cum-Managing Director, Chamal Lal Setia Exports Ltd.

Ocean freight charges have increased by 300 per cent year-on-year on revival of demand for goods, after a slump witnessed during the Covid pandemic. Empty supply pipelines caused by pandemic lockdowns and shutdowns, have also contributed to the surging demand.

This has also led to a shortage of containers. Some exporters have resorted to exporting commodities using break bulk ships, but their availability is low.

According to APEDA data, Basmati exports during April-July were 1.43 million tonnes (mt) valued at ₹8,975 crore, compared with 1.68 mt valued at ₹11,342 crore during the year-ago period.

Kaul and Setia expect exports to pick in the coming months, especially after the new crop arrives and buyers get a clear picture on the market situation.

“You cannot be hungry for a long period. We expect buyers to start making purchases sooner or later,” said Setia.

Referring to the new crop, Kaul said production of Basmati is expected to be at par with last year’s output, though with a minor fluctuation.

However, reports said the area under Basmati, particularly PUSA Basmati-1509, was lower this year, resulting in prices rising by 30 per cent.

“Pusa Basmati 1509 paddy prices have now increased to ₹3,200 a quintal from ₹2,000 a couple of weeks ago. Prices are on an upward trend. It is good for farmers,” said Setia.

Trade sources said overall Basmati rice production could be lower by 10 per cent this year, though production of some varieties such as Pusa 1718 and 1401 could be higher compared to Pusa Basmati 1509 or 1121.

This year, kharif sowing, particularly that of rice, was affected by two “breaks” that the South-West monsoon took – first from June-end to the second week of July, and during the first fortnight of August.

Punjab, one of the key Basmati rice producing States, faced problems of a power shortage due to the erratic monsoon period, resulting in irrigation being affected to some extent.

With Basmati rice prices ruling high, buyers would have no choice but to return to the market. “Those who had postponed purchases awaiting direction from the new crop, will now have to buy. But some buyers could shift to cheaper options,” said Setia.

At the same time, he did not rule out some new buyers opting to consume Basmati. “If the Centre is serious about promoting Basmati exports, it should fix a minimum export price. We have to first put our house in order (to gain new markets),” he said.

On Iran buying more Basmati rice this year, Kaul said that during April-July, the Islamic Republic nation had bought 3.83 lakh tonnes compared with 2.36 tonnes during the year-ago period.

Setia said Iran could end up buying around 7.5 lakh tonnes like last year. “Iran may not buy 1.4 mt or 1.5 mt as it did earlier. It could continue buying at last year’s level,” he said.

During 2018-19, Iran bought a record 1.48 mt of Basmati rice with the oil-for-food programme being the main driver. Under this programme, Iran bought rice, tea and pharmaceuticals from India in return for the crude oil it supplied.

However, since the exemption given by the US to India from the sanctions against Iran ended in 2019, Basmati rice exports were among the first to be affected. This was mainly since Teheran ran out of dollars and it had to be selective in its foreign exchange expenditure.

Trade experts, too, expect Basmati exports to Iran to increase since there is a likelihood of the US lifting sanctions against Teheran, which has reached out to Washington for fresh talks.