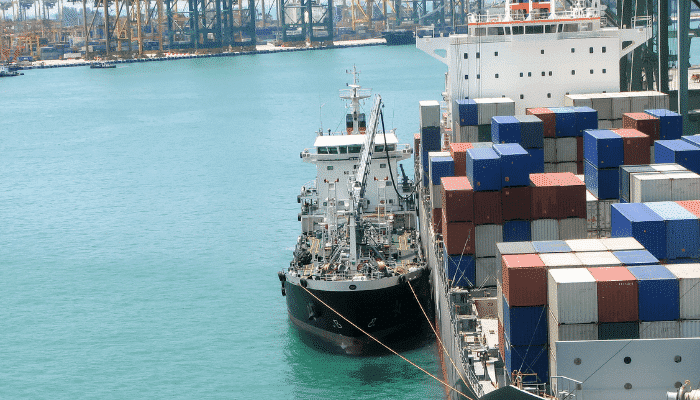 The International Maritime Organization (IMO) has agreed on an ambition to reduce GHG emissions from shipping by at least 50 percent by 2050 compared to 2008 and GHG emissions from ships to zero as early as possible in this century. LNG fuel as a marine fuel* is expected to be a bridging solution to next-generation zero-emission fuels such as hydrogen and ammonia. Therefore, the parties have decided to examine the commercialization of an LNG bunkering business in the Setouchi and Kyushu areas of western Japan, including marketing activities to consumers such as Kyushu Electric Power Company, Incorporated, for its LNG-fueled coal carriers, which are scheduled to be delivered in fiscal 2023, as well as the construction and owning of LNG vessels required for ship-to-ship supply.**

** A method of bunkering where an LNG bunkering vessel comes alongside an LNG-fueled vessel to supply LNG. This can be done at various locations, such as along the quay or pier or at anchor.