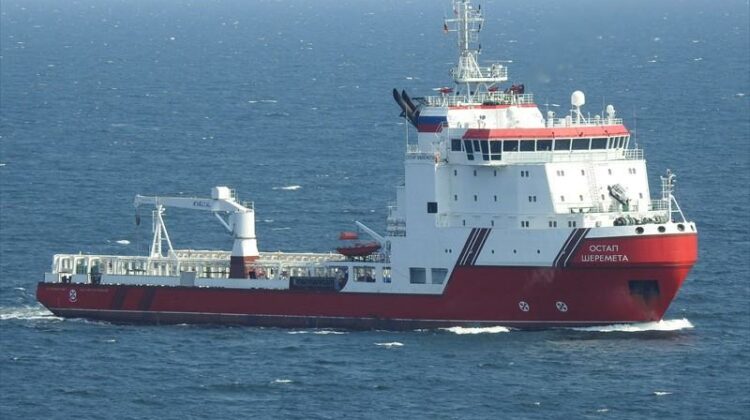 WASHINGTON : The Biden administration slapped sanctions on a Russian ship and two companies involved in the Nord Stream 2 gas pipeline, but opponents of the nearly completed project said the measures would not stop it.

The sanctions were imposed on ship Ostap Sheremeta, ship owner JSC Nobility and construction company Konstanta, the State Department said in a report to congressional committees.

But opponents of the $11 billion project to bring Arctic Russian gas under the Baltic Sea to Germany said the pipeline would likely be completed despite the sanctions.

“These sanctions do nothing to halt Nord Stream 2,” said Daniel Vajdich, president of Yorktown Solutions, which advises the Ukrainian energy industry on the matter.

U.S. Secretary of State Antony Blinken said in a statement that the administration has now sanctioned seven entities and identified 16 of their vessels as blocked property under sanctions laws passed by Congress.

Biden has opposed the pipeline, like the previous two U.S. presidents, because it would bypass Ukraine, putting at risk lucrative gas transit fees and potentially undermining its struggle against Russian aggression.

But in May the U.S. State Department waived two sanctions that opponents say would have stopped the project. The measures were on Nord Stream 2 AG, the company behind the project, and its chief executive, Matthias Warning, a Putin ally.

“The only thing that can stop NS2 from becoming operational is lifting the waivers and sanctioning … Nord Stream AG, which they refuse to do,” Vajdich said.

Biden has sought to repair U.S. relations with Germany, Europe’s biggest economy, as he needs the ally’s help on everything from the economy to relations with China and Iran.

Last month the United States and Germany unveiled an agreement under which Berlin pledged to impose costs on Russia should it use energy as a weapon against Ukraine and other central European countries. The pact did not detail specific Russian actions that would trigger such a move.

ClearView Energy Partners, a Washington-based nonpartisan research group, estimated it could be completed by Sept. 3.

Under the July agreement, Germany will use “all available leverage” to extend by 10 years the Russia-Ukraine gas transit agreement that expires in 2024.

Germany will also contribute at least $175 million to a new $1 billion “Green Fund for Ukraine” aimed at improving the country’s energy independence.

Amos Hochstein, the State Department’s senior adviser for energy security appointed earlier this month, will focus on measures to “reduce the risks posed by” Nord Stream 2, the report to Congress said.