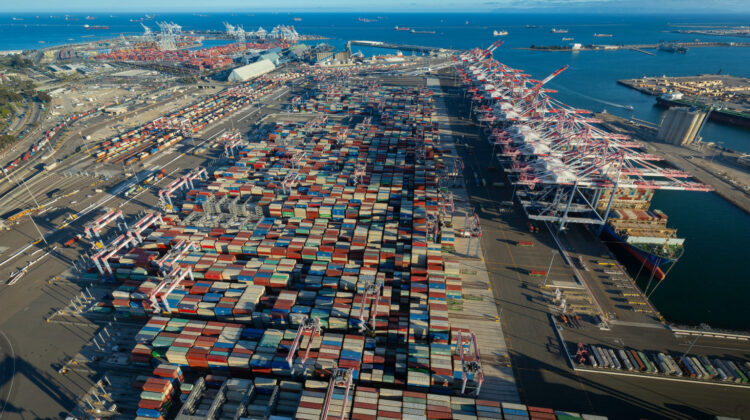 LONGBEACH : More than 10 years after construction began, the Port of Long Beach has announced the completion of the Long Beach Container Terminal at Middle Harbor, one of the most technologically advanced and environmentally sustainable cargo facilities in the world.

With an annual capacity of 3.3 million TEUs, LBCT by itself would rank as America’s sixth-busiest seaport, capable of moving twice the cargo with less than half of the air pollution of the two terminals it replaces.

Equipped with nearly all electric and zero-emissions equipment, LBCT at Middle Harbor is designed to strengthen competitiveness, improve cargo flow and dramatically enhance air quality amid an era of significant growth at the nation’s second-busiest seaport, the Port of Long Beach said in statement.

“We are proud to have one of the greenest ports in America in the Port of Long Beach,” said Long Beach Mayor Robert Garcia. “The completion of this new terminal is a testament to our city’s continued commitment to sustainability and green technology.”

Construction of the $1.493 billion project started in May 2011. The first part of the terminal opened five years later with the completion of Phase 1, allowing the terminal to begin operations across an initial 151 acres. Phase 2 wrapped up in October 2017, expanding the facility to 191 acres.

The third and final phase concluded in July, growing the terminal to 300 acres with a completed container yard, an administration building and an on-dock rail yard designed to handle 1.1 million TEUs annually to minimize truck traffic on local roads and freeways. Additionally, 14 of the most modern ship-to-shore gantry cranes line a new, 4,200-foot-long concrete wharf capable of welcoming three massive ships at once, making the Port of Long Beach “big ship” ready into the future. Another 3 acres will be added in 2025 with the opening of the North Gate Expansion, completing the terminal with 303 acres.

“As the world’s first all-electric, zero-emission mega terminal, LBCT sets the industry standard for moving cargo sustainably while keeping the Port competitive and supporting vital jobs,” said Mario Cordero, Executive Director of the Port of Long Beach. “It is truly a technological marvel that will allow us to increase our throughput, improve air quality and maintain our status as a leading gateway for trans-Pacific trade.”

All ships calling at the terminal plug into shore power connections while berthed, allowing them to shut down diesel engines and connect to the landside electrical grid. All major structures are built with features to save power and water, meeting strict gold-level Leadership in Energy and Environmental Design (LEED) standards.

“This new terminal charts a new course for greener cargo operations and strengthens our ongoing commitment to the Green Port Policy and San Pedro Bay Ports Clean Air Action Plan enacted about 15 years ago,” said Long Beach Harbor Commission President Steven Neal. “We thank our partners at Long Beach Container Terminal for collaborating with us over the past decade to develop the most advanced, greenest terminal in the world.”

The Port of Long Beach says increased trade moving through the terminal is generating 14,000 permanent new jobs in Southern California. Additionally, unionized labor at LBCT operates the all-electric ship-to-shore cranes, staffs the control center for operations and maintains the technology.

“The final phase of LBCT at Middle Harbor adds container capacity to the Port of Long Beach and ensures the speedy, secure and sustainable delivery of millions of cargo containers for decades to come,” said Long Beach Container Terminal CEO Anthony Otto. “We would like to thank our partners at the ILWU and the Port of Long Beach for making this project a reality.”