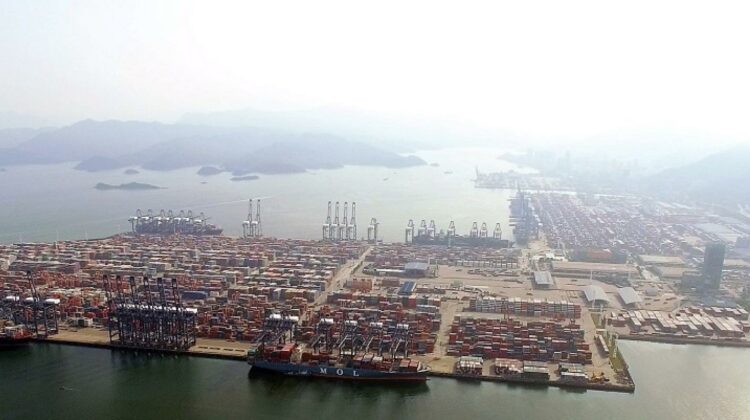 When national lockdowns stopped or slowed the flow of goods, the generally efficient maritime shipping industry suddenly had to contend with numerous challenges and supply chain disruptions became common. While the proximate causes varied, these episodes reinforced two interrelated ideas for me. First, for more and more companies, value creation depends heavily on shipments arriving within a narrow window of time. Second, as ships get bigger and the maritime transport system grows more complex, the potential for value-destroying delays increases

This dilemma started with the now-common “intermodal transport” system—aka container shipping—where cargo is transported in the same container via ship, train, truck or barge. Using this approach, companies in diverse industry segments could reduce costs and increase output by sourcing parts and components from suppliers worldwide. That’s because “containerisation” allowed many businesses to adopt operating models based on just-in-time manufacturing and “lean” inventories. Moreover, intermodal transport enabled agricultural and livestock producers to export their products around the world so that today, consumers can buy all sorts of perishable goods grown or raised in far-off lands. In short, containerisation played a pivotal role in the development of today’s highly interconnected and interdependent global economy.

This system also created a paradigm where, in huge swaths of the international economy, value is created when goods arrive precisely when they are needed, and value is diminished/destroyed when a shipment is late. Because today’s transport/logistics industry is usually highly efficient and reliable, most shipments do arrive within a narrow window of time. However, when a delay stretches on and on and more and more value is lost, the consequences start to become notable and eventually newsworthy.

A vital and vulnerable node

The trend toward ever-larger container ships started in the early 2000’s as shipowners raced to add capacity to meet the needs of the growing global economy. Since then, the trend shows no signs of stopping; there currently are about thirty container ships under construction with capacities around 24,000 teu. For shipowners, bigger vessels are less expensive on a unit-cost basis to build and have lower operating costs and a lighter environmental footprint. However, “bigger” isn’t necessarily all upside. As one commentator put it, “it turns out that these really big ships are not as efficient as the shipping lines had imagined”.

In particular, the trend toward larger vessels poses multiple challenges for port operators, and many ports aren’t fully ready to handle these giant ships. The shortcomings include bridges with insufficient clearances, port quays and turning basins that aren’t deep or wide enough, and cranes that are ill-suited to efficiently loading/offloading more massive cargo loads. Although many ports are working to accommodate bigger ships by expanding their facilities and upgrading their operations, the stresses and strains associated with these mega-vessels only increase the potential for a value-destroying delay.

Ports also are exposed to a long list of perils. For example, many of the world’s biggest seaports are situated in areas prone to hurricanes/cyclones. Others are in or near active seismic zones. In addition to these natural hazards, fires/explosions from mis-declared cargo or improper storage are an ever-present threat. And equipment breakdowns/malfunctions, labour strikes, or a blockage caused by a ship running aground can shut down a port for days, if not weeks.

An increasing cost of doing business

Given all these factors, I believe cargo owners/shippers face a situation where delays will only become more frequent and have more far-reaching effects. This, in turn, raises the question: How can companies that derive value from timely deliveries minimise or mitigate the impacts of untimely shipments?

The options depend on the cargo. Typically, container ships carry three kinds: general merchandise, perishable goods and machinery/equipment. For each type, the possibilities for minimising/mitigating losses due to delays vary considerably. (Container ships also carry other specialised goods, for example, classic cars and yachts. With these more unusual items, a late shipment could inconvenience the cargo owner but ordinarily wouldn’t result in significant financial losses.)

With general merchandise and perishable goods, there usually aren’t any cost-effective opportunities for either minimising potential losses or transferring the risks via insurance. The reasons why are twofold. First, the companies on both ends of a transaction have virtually no control over how products travel from origin to destination. Once a shipment is consigned to a broker or freight-forwarder, the cargo owner isn’t involved in determining the ship(s) that carries it or the route the ship takes, including any intermediate stops made along the way. Second, standard marine cargo and contingent business interruption insurance policies require physical loss or damage to trigger coverage. Thus, any losses companies incur when shipments are late aren’t insurable.

The scenario is only somewhat more favourable for machinery/equipment. In many cases, contractors and project owners carry “delay in start-up” or “advanced loss of profits” policies that indemnify clients against any additional expenses, penalties or lost profits they incur if a project finishes behind schedule. With these, the lead insurer must approve the ship, route and method of transportation, so the potential for a loss-making delay is minimised. However, any actual losses wouldn’t be covered since, again, physical loss or damage is required to trigger the coverages

To sum up: Firms that use the maritime shipping industry as a source of value creation should be prepared for more frequent and severe delays. Moreover, options are limited for minimising or mitigating these costs.

I appreciate that this is not a satisfying prospect. However, if my hypothesis is correct, this state-of-affairs could further heighten the importance of supply chain management as a critical success factor and prompt some companies to re-assess how they organise and manage their supplier networks. Two possible responses are:

In closing, I also understand that these are complex and multi-faceted issues, and I’ve only highlighted some of the most significant ones here. AXA XL and I will post a link to this article on LinkedIn, and I encourage readers to add their views and suggestions there.