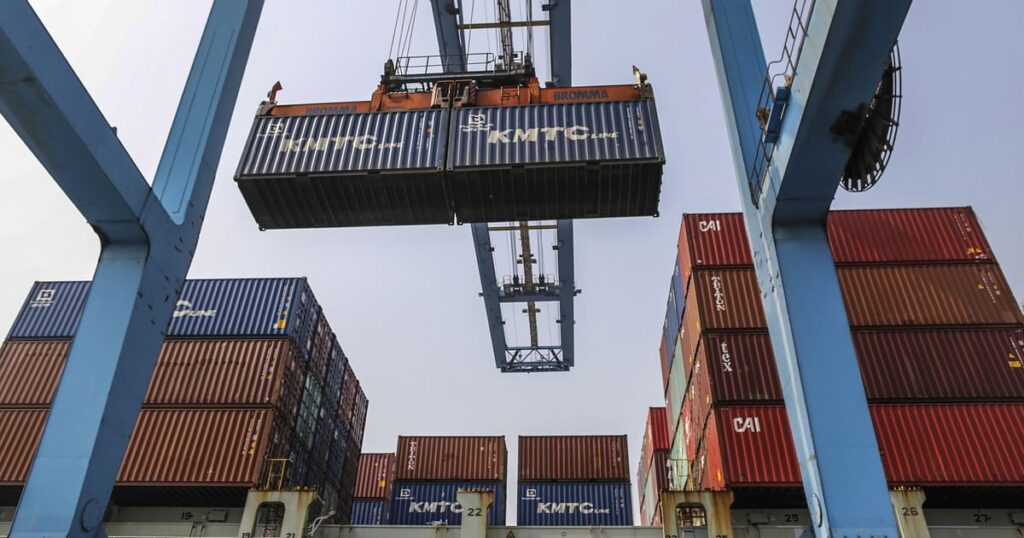 Exports, which hit $93.5 billion in the April-June 2021 quarter, were 17% above levels seen during the same period of 2019. Exports are 86% higher than the same period a year ago, when a nationwide lockdown was in place to curb the spread of the Covid-19 virus.

Trailing 12-month exports hit an all-time high in June, according to a research note by Credit Suisse dated July 16, 2021. Growth was broad-based, with non-oil non-gold exports rising by 16% using this measure, according to the note.

Dr. A Sakthivel, President of the Federation of Indian Export Organisations( FIEO), said global demand has remained buoyant. Factories continued to run at least at half strength during the second wave of the Covid crisis, which allowed exports to remain strong.

With a decline in daily cases of infections and resumption of full economic activity, exports can hit an all-time high this financial year, he said.

Categories Gaining The Most

Of India’s top ten principal merchandise exports, which together account for about three-fourths of outbound shipment, seven have seen a rise in value of exports in the January-June 2021 period, compared to 2019.

In percentage terms, electronic goods have seen the sharpest spike in exports, rising by 30%, followed by rice shipments, which are up 25.7%, leading the surge in agricultural commodity exports. Electronic goods made up about 3.6% of total merchandise exports between January-June 2021, rice accounted for about 2.8%.

Of the heavyweights in India’s principal export basket, engineering goods, which make up nearly a fifth of all exports, rose to $49.7 billion in January- June 2021. That’s nearly 15% higher than two years ago.

However, not all large categories are out-performing pre-pandemic trends.

Petroleum product exports are flat and exports of gems and jewellery are still down by 7.5%. While petroleum products have shown strong signs of rebound in May and June, jewellery exports have been volatile.

Growth in drugs, pharmaceuticals, organic and inorganic chemicals has been strong.

While the strength in exports will help, it may not be enough to compensate for weakness in the local economy given the relatively small share of external trade in India’s gross domestic product.

According to Mr. Prahalathan Iyer, Chief General Manager (research and analysis) at the Export Import Bank of India, India’s goods export-GDP ratio has been at about 10-12% in recent years. This is lower than the 2012 period when it was at about 16%. As such, the upside for the broader economy from strong exports may be limited.

What India can expect is for strong export performance to compensate for the slack in it’s economy because of the pandemic.

For instance, readymade garments and gems and jewellery shipments are still below pre-pandemic levels. However, carpets, handicrafts, handlooms and leather exports in the January-June 2021 period are higher than two years ago. The April-June quarter has shown a pick-up in some of these lagging segments as well, said Sakthivel.

Continued growth in exports will also depend on how countries that India trades with fare, Pant added. For now, much of the upside in exports is coming from the U.S. market. Data available from the U.S. Census Bureau till May shows that imports from India rose to $27.7 billion, 9.5% higher than the pre-pandemic year.