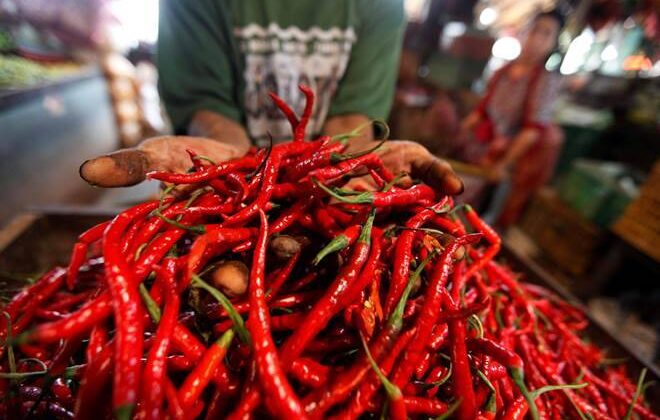 KOCHI : Chilli continued to be the most sought after in the spices export basket, enabling India’s spices shipments to top the $3.5 billion mark in total exports during 2020-21 fiscal. In 2019-20, the figure was $3.03 billion.

China has emerged as the No: 1 export destination for Indian spices over for the last two fiscal, surpassing the US. Sources in the spices export industry told BusinessLine that the dragon nation accounts for a majority of Indian chilli exports as well.

However, the latest export figure of China’s import of Indian chillies is not available as of now, but that country had shipped around 1.4 lakh tonnes in FY 20 from a meagre 10,000 tonnnes in FY 18, the sources said.

An industry expert said that China does not grow red chillies similar to Indian varieties and the varietiessuch as Teja, Sannam, Bydagi are available only in India. Proper blending of these varieties makes it possible to prepare the right compositions for various markets. Indian chilli exporters can export to China with ease. Besides, the reduction of chilli procurement by China from the strife-torn Syria, Turkey and Iran has also boosted the demand for Indian chilies.

Besides, chilli, other spices that have witnessed a major increase in exports were turmeric, ginger , cardamom and spice seeds such as cumin, fenugreek. Some of this increase in consumption is due to the fact that a number of spices have immunity booster properties which will help in fighting the pandemic, the official sources said.

The Spices Board is on a mission to promote Indian brands in the overseas markets by coordinating with Indian Embassies through various promotion campaigns, industry sources added.