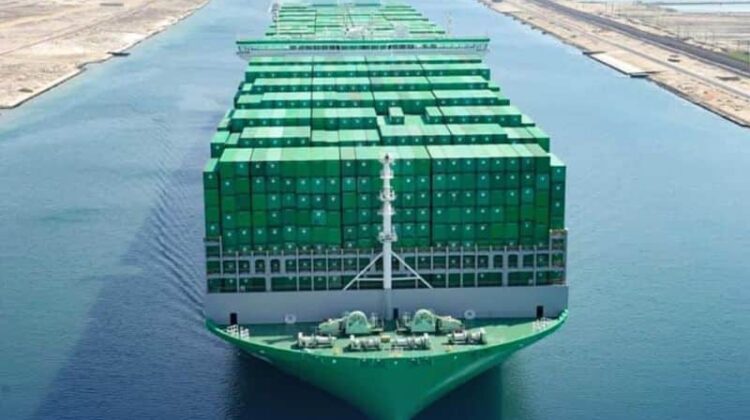 TAIWAN : Evergreen Marine Corp’s newest cargo ship, the Ever Ace, crossed the Suez Canal without a hitch , prompting the Egyptian authorities to call for a celebration. The Taiwanese captain was gifted a bouquet.

The Ever Ace, Evergreen’s most recent addition to its shipping fleet, is bigger than the Ever Given, the vessel that had been stranded in the canal in March, blocking global trade.

The Suez Canal Authority (SCA) shared the moment on Twitter by uploading a photo with the captain of the ship, surnamed Yang. The post also mentioned that 59 more ships had passed via the canal following the Ever Ace — in contrast with the queue of ships recorded during the March incident.

The vessel is currently on its maiden voyage overseas. It had set sail from the Port of Taipei earlier in August 2021.

The Ever Ace measures 400 meters in length and 61.5 meters in width. It weighs about 235,000 tons and can transport 23,992 containers, making it one of the world’s largest container vessels.