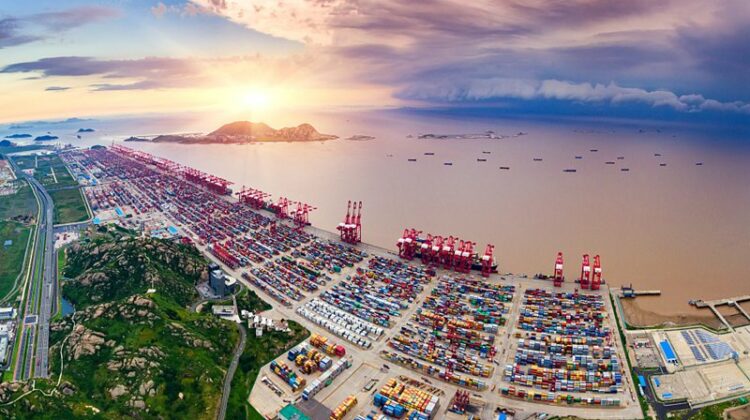 BEIJING : Recent moves made by international shipping companies’ to freeze cargo rates will do little to ease strained shipping capacity and improve logistics efficiency, Chinese traders said, as a wider range of Chinese products – from gifts to Christmas cards, and from furniture to mechanical devices – heading to the US have been delayed.

There’s no sign of a turning point until next year, they said.

Such disruptions have caused losses for Chinese traders and taken a heavy toll on US importers, whose goods are stuck at US ports as they face rising default rates.

Since more than 80 percent of China-US trade moves in cargo containers, the disruption could lead to shortages of certain supplies for the upcoming holidays and price hikes of daily necessities in the US.

The world’s third-largest container carrier, CMA CGM, said recently that it has capped spot rates for ocean freight for the next five months, yielding to pressure from some customers and regulators concerned that global trade disruptions have pushed the cost of shipping too high, Bloomberg reported .

Maersk and some other shipping companies have also announced their responses.

The move came after China’s Ministry of Transport, the US Federal Maritime Commission and the EU held a global regulatory summit, where sky-high ocean freight rates were a major topic of discussion, media reported.

According to the Drewry World Container Index, the cost of transporting a 40-foot container from Shanghai to Los Angeles reached $11,569 in the past week, almost eight times the level before the COVID-19 pandemic.

Exporters and industry insiders told on Monday that although capping cargo rates could save companies some money, they’re more concerned about whether global shipping companies can guarantee capacity.

“Many trading agencies are having difficulty in securing shipping slots due to disruptions caused by the pandemic and port congestion in the US, which significantly delayed deliveries and inflicted huge losses,” a manager of a large-scale trading company based in North China’s Tianjin surnamed Chen told. The price is there, but there’s no market, that’s in fact the biggest issue.”

Chen said it will be hard to improve the capacity shortage in the short term, even if rates are capped.

Chen said his company originally planned to ship cotton from the US and Mexico in September, but the plan was postponed due to lack of cargo space.

“We breached the contract with our clients, and need to pay hefty compensation fees,” noted Chen.

Another trader based in Yiwu, East China’s Zhejiang Province surnamed Zhao said that he had to wait for a week for a ship and that much time again for an empty container.

Zhao engages in home appliance trading with clients worldwide, including those from the US, but the tightened shipping capacity has given his business more trouble than it did even in last year.

“We had to stop taking new orders because we do not want to risk defaulting if the goods cannot be delivered on time, which, given the current situation, is very likely to happen,” Zhao remarked.

The number of container ships waiting to enter the top three US ports has been on a steady rise since July, with around 40 vessels waiting to offload at the adjacent ports of Los Angeles and Long Beach in California as of Wednesday, Bloomberg reported.

According to Wu Minghua, an independent shipping industry analyst in Shanghai, ships have to wait for days or even weeks at the US port to complete unloading because of the low operation rate and the on-time rate of China-US shipping routes. The rate used to reach 70-80 percent, but now it is even less than 20-30 percent.

An industry insider told on Monday that most trading contracts are signed in such a way that the importers are responsible for every procedure after goods leave the ports in the exporters’ countries.

“This also means the US importers face all the costs caused by US port congestion and low efficiency. Some of them will transfer the cost increase to consumers, and that’s why US regulators took the lead in cooling down the freight market,” the insider said.

Industry observers said that the heightened shortages in shipping capacity will weight on the consumption-dependent US economy, leading to shortages of certain supplies and further pushing up US inflation.