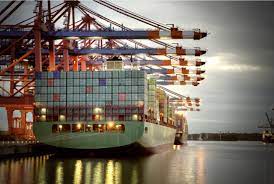 NEW YORK : The recent rate freeze announced by CMA CGM and Hapag-Lloyd has given shippers a hope that more carriers will follow the suit and market sources expect some relief from the skyrocketing container freight might emerge in near term.

Industry participants believe that price freeze will result in the influx of new customers for the two carriers and other companies may follow suit to retain their market share and stay in the game.

“To me this is a quick jump on the bandwagon to address deteriorated customer relationships in a longer [term] perspective,” Bilal Khan, Enterprise Sales Leader, Pakistan at digital logistics platform HashMove said.

“With this new announcement they’re are trying to shock the system in hopes of increasing their market share with all this new capacity that they will soon have on their hands,” a freight forwarder based in Indonesia said referring to CMA CGM, adding that this may be a precursor to a “pricing war.”

Another freight forwarder, based in India, believes that the large carriers may have lost some of their business to the small players and the shipping lines that are outside of the three major alliances. “Now that all these companies are cash rich, one thing they will do is use it against each other–either by buying some companies or cutting their profit margins to challenge the others.”

However, schedule reliability remains a top concern for shippers, alongside freight rates.

“Freezing sharp rate increases via premium and other surcharges is very much welcome but our main concern is how the carriers are going to prioritize releasing space and equipment when we continue to face huge vessel delays and port congestion,” Peter Sundara, Vice President-Global Freight Management, Global Ocean Procurement, LF Logistics said.

It is unlikely that the day to day challenges will disappear because of this announcement, Sundara added. “It also remains to be seen if the carriers will drive customers to use more of their online quotes which are charged at premium levels and what would likely be the impact of this for 2022.”

CMA CGM and Hapag-Lloyd announced a halt in spot rate increases last week, amid freight rates hovering at record highs on most trade routes. While CMA CGM said it will not increase the freight rates till Feb. 1, 2022, Hapag said it will avoid the surge “for the time being.”

The German carrier will also limit any sharp increases in the premium and other surcharges, a company spokesperson told on Sept. 13.

According to Platts data, the current FAK rate on the highly active North Asia to West Coast North America route is $9,000 per forty-foot equivalent unit, or FEU, compared to the all-inclusive premium rate which is between $15,000-$22,000 per FEU.