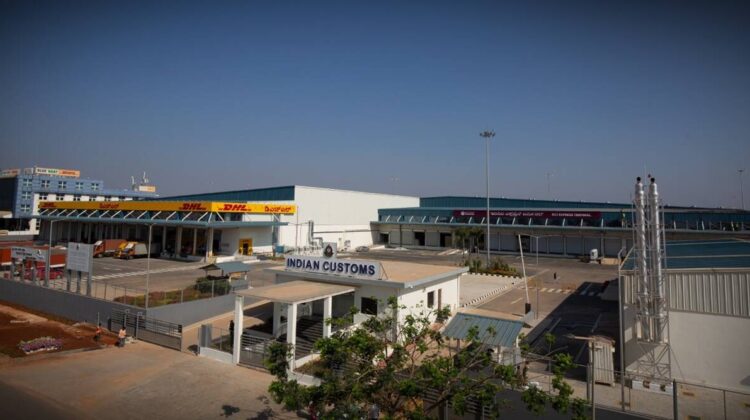 AHMEDABAD : Your prized package couriered by your loved ones abroad is likely to arrive a tad faster now. Or, the turnaround time for your air cargo export shipment will now reduce substantially. If all goes as planned, the Sardar Vallabhbhai Patel International (SVPI) airport in Ahmedabad will operationalise its extended cargo terminal with greater cargo handling capacity by July, confirmed sources.
Well-placed sources confirmed that after carrying out domestic air cargo handling operations, Adani Airports plan to start out with interim international air cargo handling terminal.
The construction work for extending the existing cargo terminal, which is expected to merge into Terminal 3 of the city airport, is already going on. Flights for Haj pilgrims typically operated through Terminal 3.
The newly developed cargo terminal will now extend over 1,500 sq m and is currently under development. This is the second major infrastructure development project being undertaken by Adani Airports, since it took over in November 2020.
“The terminal will be equipped with advanced equipment and will also have a sound security-control mechanism to handle cargo. This will supplement efficient cargo-handling processes,” said the source.
The city airport handles an estimated 50,000 metric tonne of international cargo every year, according to estimates provided by Ahmedabad Air Cargo Complex.
“A variety of cargo including import and export shipments of precious metals, electronics, raw materials and finished goods in pharma, chemical and textile sectors, equipment and medical devices, among others is handled at the city airport. A lot of cargo is often shipped in passenger aircrafts. A bigger terminal with enhanced cargo handling capacity will not just reduce the turnaround time for handling and clearing shipments but also benefit industries procuring and sending goods,” said a source in Ahmedabad Air Cargo Complex.
Sources confirmed that SVPI Airport handled 60,749 MT of air cargo volumes in FY 2020-21, which is lesser as compared to the preceding year, when it clocked 103,741 MT in FY 2019-20. “The reduction is mainly due to the pandemic situation. However, Ahmedabad has a significant growth potential for cargo handling in the near and long-term future. This makes infrastructure augmentation inevitable,” said a well-placed source.
Sources confirmed that the cargo infrastructure is constantly improving at SVPI airport and the addition of International Cargo Terminal is in line with its strategy to facilitate upcoming growth in air cargo volumes for the betterment of the industry.