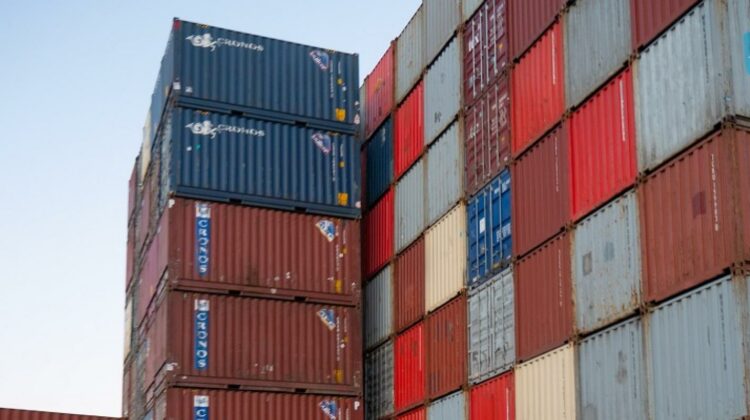 SHANGHAI : It is not though quite as simple as stacking containers on a bulk carrier in return for a hefty freight or charter rate and hoping they don’t fall off. However, it is considerably less complex and expensive than the VLCC tanker to bulker very large ore carrier conversions seen in 2007/2008 and therefore potentially attractive to a large pool of owners

In another sign that container shipping is reaching the insane freight and charter rate levels of dry bulk shipping supercycle in 2008 the new business opportunity is carrying containers on bulk carriers.

As result owners are reaching out to insurers and classification societies as to what they need to do to carry containers safely on, or in, a bulk carrier.

The UK P&I Club noted in a loss prevention circular: “The demand for container shipping is so strong that reverberations are leading exporters to charter bulk carriers for carrying containers. The Club has received numerous queries regarding the carriage of containers in bulk carriers, and any potential cover issues.”

The Standard Club Senior Surveyor Akshat Arora highlighted issues related to stack collapses and loss of containers overboard, already an issue of concern on purpose-built containerships, with a number of serious losses in the last 12 months including over 1,800 boxes from the ONE Apus.

The risks are more significant on ships that are not designed or equipped to carry containers. The crew on such vessels could be unfamiliar with the carriage of containers and may not have the capabilities or understanding to ensure safe carriage,” Arora writes.

The Club says owners need to carry out a detailed suitability test to ensure containers can be safely loaded, carried and discharged.

Assess if retrofitting is necessary such as deck fittings. The UK Club notes that existing strength calculations for deck and hatch covers on modern bulk carriers usually only allow for ‘green sea’ loads instead of cargo weight meaning that reinforcement would be required.

Both Clubs highlight the requirement of class and flag-state approval.

From an insurance perspective owners need to inform their P&I Club as carriage container cargoes on a bulker constitute a material change of risk.

The UK Club also highlights the potential need for additional firefighting equipment for goods carried under the International Maritime Dangerous Goods (IMDG) Code. Container cargo fires can result in catastrophic casualties such as the Xpress Pearl earlier this year and a major concern in the container shipping sector.

Meanwhile classification society Bureau Veritas has issued new guidelines in the form of “Guidance for Studying and Preparing a Bulk Carrier for the Carriage of Containers”.

Paillette Palaiologou BV Marine & Offshore’s Vice President for the Hellenic, Black Sea & Adriatic Zone, said: “In many ways, we are going back to the future, as general cargo and multi-purpose ships have always been able to carry containers.” He said the new guidance combines the class society’s expertise in bulker carrier design, classification and operation with class rules and software for container lashing.

The guidance explores two pathways of storing containers in bulk carrier holds – either lashing a block of boxes without special equipment or more conventional container stack requiring the fitting of more temporary or permanent equipment.

Palaiologou, says, “In the context of today’s market demands, the capacity to move containers in bulk carriers is a key advantage. With our guidance, we wish to ensure that modern analysis tools and techniques can be applied to support safety as well as modern operational efficiency.”