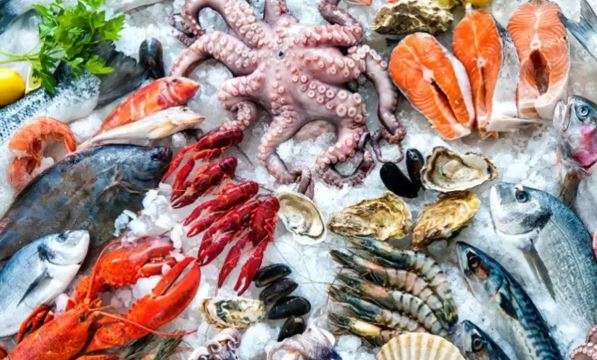 China’s suspension of the import of Indian seafood products has added to the woes of exporters in Kerala already hit by the Covid pandemic. According to the Seafood Exporters Association of India (SEAI), China has rejected Indian fish consignments alleging detection of Covid traces in them during the past two months. The move followed India’s ban on 267 Chinese mobile apps in the aftermath of the border standoff, said SEAI Kerala chapter president Alex K Ninan.

“It has been a tough time for the seafood export sector after the restrictions on export due to Covid restrictions. The Chinese companies have been rejecting our consignments for the past two months. The allegations of Covid traces in consignments are just excuses.

We feel it is a reaction to the ban on Chinese apps. Exporters in Gujarat alone have incurred a loss of Rs 1,200 crore due to the rejection and the non-payment of dues,” he said. Sources said many exporters in Kerala are on the brink of bankruptcy due to issues including Covid restrictions, blockade of consignments in Colombo Transhipment Port and the China standoff.

Chinese market alone accounts for around 25% of Kerala’s seafood exports. The export to Europe too has been affected due to the stringent restrictions triggered by the second wave of Covid-19. There has been a decline in exports to the USA as well.

“Though South Asian countries are open, the companies are being forced to reduce the price due to the slump in market,” said Alex. Seafood products from Kerala, particularly Indian shrimp and ribbon fish, are in high demand in China. However, the companies are not keen to import Indian products due to the deterioration in relationship between the two countries, he said.

Many firms in major crisis: Export body
“Many export firms are in deep crisis. The banks are sending recovery notices. We need government support to tide over the crisis, but there has not been any response to the representation given to the Union government,” said Seafood Exporters Association of India (SEAI) Kerala chapter president Alex K Ninan.

Meanwhile, All Kerala Fishing Boat Operators Association has written to the Prime Minister seeking his intervention to revive the sector.

According to general secretary Joseph Xavier Kalappurackal, the livelihood of the fishing community has been severely affected due to Covid restrictions. The fishermen and boat workers have been pushed to penury as they could venture into the sea only for 45 days in 2020, he said.