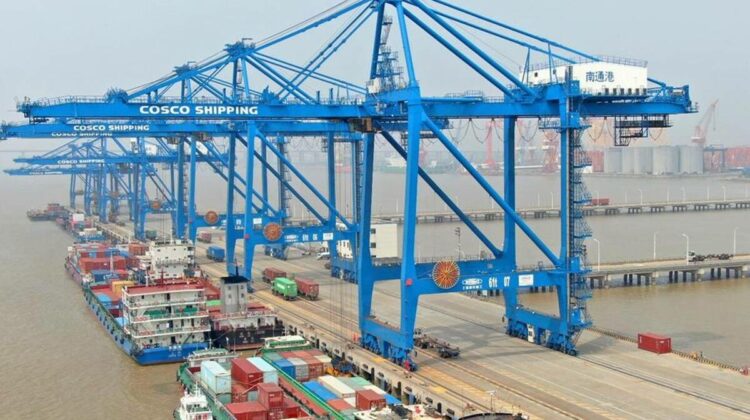 China’s import and export growth accelerated in August despite disruptions due to the spread of the coronavirus’s delta variant. Exports rose 25.6% over a year earlier to $294.3 billion, up from July’s 18.9% growth, customs data showed Tuesday. Imports rose 33.1% to $236 billion, up from the previous month’s 28.7%.

That came despite lingering disruptions in industrial production chains due to last year’s global economic shutdown and a renewed rise in infections in the United States and some other markets that have dampened consumer sentiment.

China has so far defied forecasts that demand for its exports would level off as anti-disease controls eased and entertainment and other service industries reopened. ”Exports and imports were much stronger than anticipated last month thanks to buoyant demand, even as the data point to some lingering supply shortages,” said Sheana Yue of Capital Economics in a report.

This year’s trade figures are distorted by comparison with 2020. Global demand plunged in the first half after governments shut factories and shops to fight the pandemic. Chinese exporters reopened after the ruling Communist Party declared the virus under control in March, while foreign competitors were hampered by anti-virus curbs.

China’s August exports to the United States rose 15.5% over a year earlier to $51.7 billion, accelerating from July’s 13.4% growth despite US tariff hikes imposed in an enduring battle over Beijing’s technology ambitions. Imports of American goods increased 33.3% to $14 billion, up from the previous month’s 25.5% gain.

President Joe Biden, who took office in January, has yet to say whether he might roll back penalties imposed on Chinese imports by his predecessor, Donald Trump. Envoys from the two sides have talked by video link but have yet to announce a date for negotiations. China’s global trade surplus narrowed by 1% in August over a year earlier to $58.3 billion. The politically volatile surplus with the United States widened by 10% to $37.7 billion.