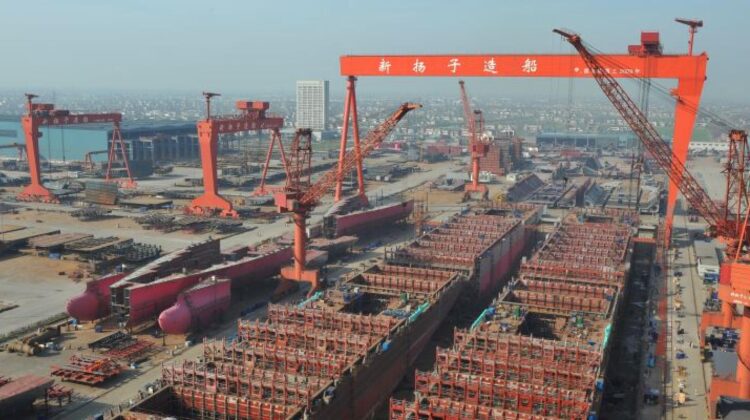 China’s newbuilding order volume was 32.74m dwt for the first five months of this year, an increase of 182.6% year-on-year, according to the statistics released by China Association of the National Shipbuilding Industry (CANSI).

Shipbuilding export volume, new orders for export and export orders on hand accounted for 95.2%, 89.5% and 89.2% of national volume, respectively