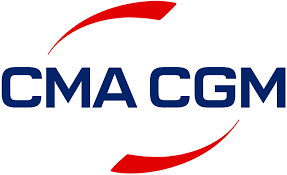 Closure of transaction
In March 2020, CMA CGM closed the disposal of stakes in eight port terminals to Terminal Link, as part of a first closing, for an all-cash consideration of $815 million. The closure of the transaction for the remaining two terminals, including the one at Mundra, have been delayed for want of approvals from regulatory authorities.

“The management believes that the occurrence of the second closing (covering the last two terminals of Cai Mep in Vietnam and Mundra in India) is likely but is not virtually certain as at December 31, 2020, primarily due to current circumstances related to the COVID-19 situation, which delay approvals or require the granting of additional governmental consents,” CMA CGM said while announcing the financial results for 2020 on March 12.

The Indian government policy forbids Chinese firms or entities with Chinese links from investing in and operating ports and terminals in the country.

“CMA CGM has called off plans to divest its stake in the joint venture container terminal at Mundra port,” said a person having knowledge of the matter.

CMA CGM did not respond to an e-mail sent seeking comment.