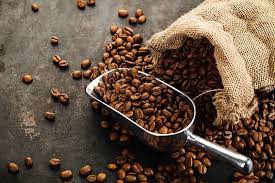 BENGALURU : The Centre has set an export target of $1.07 billion for the coffee sector in the current financial year 2021-22. This represents an increase of around 37 per cent over last year’s $735 million.

Coffee has been given an export target of $1.07 billion as part of the $400 billion export target fixed by the Prime Minister for the current fiscal, said K G Jagadeesha, CEO and Secretary, Coffee Board.

“It is a challenging target. We are expecting a good crop this year too. If that’s the case, we may touch $1 billion,” he said. The harvest of the 2021-22 crop will begin in December. According to the post-blossom or early estimates, India’s coffee output for the crop year starting October 2021 is seen at a record 3.69 lakh tonnes, an increase of 10.5 per cent over the final estimates of 3.34 lakh tonnes in 2020-21.

In the first six months of current fiscal, coffee exports have grown by 33 per cent to $487 million over the same period last year.

“Prices have been good this year and that has helped our exports. In value terms we are growing faster than in quantity terms due to higher realisations,” he said.

India exports over two thirds of the over 3 lakh tonnes of the coffee produced in the country.

The Coffee Board and the Commerce Ministry have taken various steps to remove bottlenecks to facilitate exports and have arranged buyer-seller meets with about 10 countries this year, Jagadeesha said.

In the fiscal ending March 2021, exports improved marginally to $735 million. The declining trend witnessed over the past several years could be attributed to the weak prices and fluctuating trend in output largely impacted by erratic climatic pattern and pest attack of white stem borer in Arabica variety.