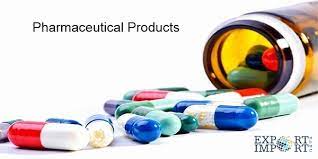 Directorate General of Trade Remedies (DGTR) has recommended the duty after concluding in its probe that the API (active pharma ingredient) from China has been exported at dumped prices into India, which impacted the domestic industry.

“The authority recommends the imposition of the anti-dumping duty on the imports of subject goods…,” the directorate has said in a notification.

DGTR had conducted the probe following a complaint from Nectar Life Sciences and Sterile India about the dumping of the chemical.

The recommended duty is USD 12.91 per kg. The finance ministry takes the final decision to impose duty.

In a separate notification, DGTR has said it has started a sunset review probe to review the need for continued imposition of anti-dumping duties on aluminium foil from China.

The imposition of anti-dumping duty is permissible under the World Trade Organisation (WTO) regime.

The duty is aimed at ensuring fair trading practices and creating a level-playing field for domestic producers vis-a-vis foreign producers and exporters.