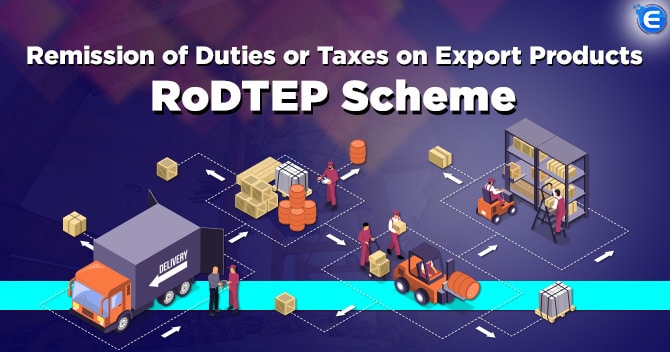 NEW DELHI : Finance Ministry has notified the procedure to issue duty credit for goods exported under the tax refund scheme Remission of Duties and Taxes on Exported Products (RoDTEP). The rates for 8,555 products, including marine, agriculture, leather, gems and jewellery items, were announced under the export promotion scheme in August this year.

The value of goods for calculation of duty credit to be allowed under the scheme will be the declared export FOB (Freight On Board) value or up to 1.5 times the market price of that item, whichever is less, Department of Revenue under the Finance Ministry said in a notification.

The duty credit will be issued in lieu of remission of any duty or tax or levy, chargeable on any material used in the manufacture or processing of goods meant for exports, and where such tax is not exempted, remitted or credited under any other scheme, it added.

“The Central Government hereby notifies the manner to issue duty credit for goods exported under the Scheme for Remission of Duties and Taxes on Exported Products…subject to such conditions and restrictions as specified,” the notification said.

The government has approved an outlay of ₹12,454 crore for refunds under the RoDTEP scheme during the current fiscal. Under this, various central and state duties, taxes, and levies imposed on input products, among others, would be refunded to exporters.

It also said that duty credit under the scheme for exports made to Nepal, Bhutan and Myanmar would be allowed only upon realisation of sale proceeds against irrevocable letters of credit in freely convertible currency established by importers in these countries in favour of Indian exporters for the value of such goods.

Tanushree Roy, Director- Indirect Tax, Nangia Andersen LLP, told PTI that RoDTEP comes as a big relief to exporters as this is likely to boost their working capital management as well as give a fillip to India’s exports significantly along with making Indian exports more competitive.