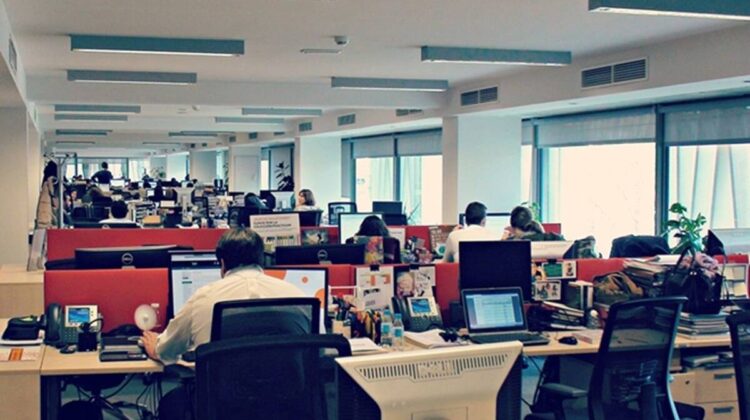 NEW DELHI : The commerce ministry is weighing a proposal to overhaul a key scheme for services exporters to make it more broad-based and foolproof so that a wider pool of businesses, especially Covid-hit MSMEs, get the succour.

The revamped Service Exports From India Scheme (SEIS) may be part of the new five-year Foreign Trade Policy (FTP), which will be effective from October 2021, sources told.

However, given the resource crunch faced by the government in the wake of the pandemic and the growing requirement of healthcare spending, much depends on the finance ministry’s approval to any such scheme, one of the sources said.

Under the extant scheme, the government offers exporters duty credit scrips at 5-7% of the net foreign exchange earned, depending on the nature of services.

The commerce ministry has also held discussions with exporters on the feasibility of bringing in a tax refund scheme for services exporters in future, along the lines of the Remission of Duties and Taxes on Exported Products (RoDTEP) announced for merchandise exporters, another source said. However, given that services are fundamentally different from manufacturing, coming out with such a scheme for services and assessing refund rates will be a humongous exercise and may be prone to errors, some analysts say.

The resource-starved government may also reduce benefits for consultancy and certain other professional services that it thinks corner a sizeable chunk of incentives. Moreover, a section of the government believes that since few players are grabbing most of the SEIS incentives, the scheme should be altered in such a fashion that it helps a large number of small businesses as well.

Factoring in the government’s resource woes, the state-backed Services Export Promotion Council (SEPC) has proposed that the Centre limit the SEIS benefits to a maximum of `5 crore per exporter for various services sectors. However, sectors, including travel and tourism, healthcare, education and aviation, which have been worst hit by the pandemic should be exempted from this ceiling and allowed the full entitlement, according to the SEPC. This will take care of the interest of thousands of MSMEs in the sector, the SEPC feels.

Already, services exporters, struggling to cope with the pandemic, have urged the government to release SEIS benefits for FY20 at the earliest, which could be to the tune of Rs 3,000-4,000 crore. They also argue that their concerns shouldn’t be relegated to background. While merchandise exporters, they argue, have been allocated as much as Rs 39,079 crore for FY20 under the Merchandise Export from India Scheme (MEIS), the entitlement of services exporters under the SEIS for the same year would be about a tenth of that. So, the government shouldn’t have problem in clearing the SEIS dues. Of course, most of the MEIS benefits are also yet to be released, mainly due to the revenue shortage faced by the government in the wake of the pandemic.

However, given that the pandemic has battered sectors like travel & tourism, aviation and education like no other, services exporters say without fast release of SEIS dues, many of these entities will cease to exist soon.

The SEPC has said that the SEIS is the only incentive scheme available to services exporters, and the eligible ones have already been factoring in the incentives in their pricing and business sustainability strategies.

The SEIS was introduced in the Foreign Trade Policy (FTP) for 2015-20; the validity of the FTP has now been extended up to September 2021. However, unlike the MEIS, there is no notification so far on the SEIS for 2019-20, even though it is a part of the current FTP.

Services exports dropped almost 6% year-on-year in FY21 to $203 billion due to the pandemic, while merchandise exports contracted by just over 7% to about $291 billion, according to a quick estimate by the commerce ministry. Services trade surplus has been substantially offsetting the merchandise trade deficit. Despite the pandemic, thanks to an $86-billion surplus in services trade in FY21, the overall trade deficit dropped to just $13 billion.