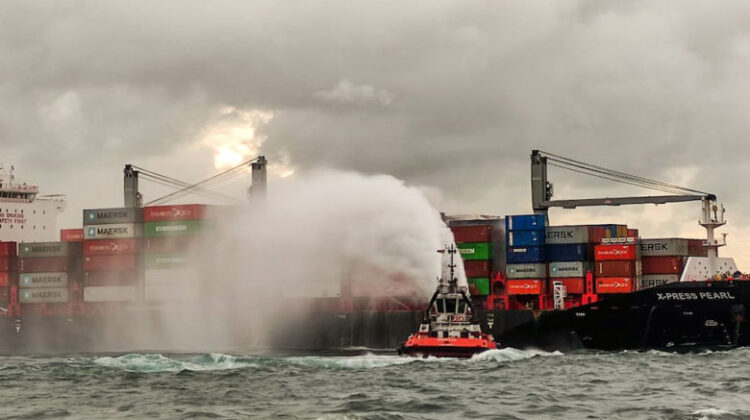 COLOMBO : Sri Lanka’s Marine Environment Protection Authority (MEPA) has instructed the master of the fire struck  X-Press Pearl to move the ship from its anchorage off Colombo and head out of Sri Lankan waters.

The three-month old vessel caught fire on last Thursday evening. Among its cargo are 25 tons of nitric acid.

“The company that owns the ship, its local agents and the insurance agent were instructed in writing to take immediate action to control the ship’s fuel and chemicals from being mixed with the Sri Lankan marine system,” Dharshani Lahandapura, the Chairman of MEPA told local media on Saturday.

The blaze has been largely contained. However, two tugs are alongside dousing the ship in a bid to control the temperature of the vessel.

“Although around 400 kilograms of dry chemicals were sprayed to contain the fire, given the difficulties in reaching inside the containers aboard the vessel, the containment efforts are not 100% successful,”Lahandapura said.

Sri Lanka has recent memories of fighting fires on ships – having had to contain a massive blaze on a Greek VLCC last year that threatened its ecosystem.